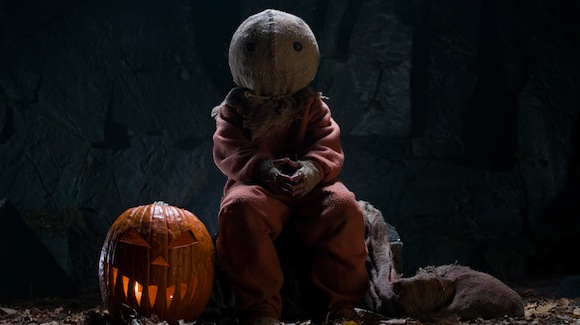 The problem with horror movies these days is that there’s hardly any good ones being made anymore. It’s a shame really because if you want to see a horror movie worth a damn you have to go all the way back to the 70’s and 80’s. The biggest reason we do not get treated to more great horror films is because the only ones people actually do hear about are watered down pg13 Hollywood remakes or sequels.

I’m being totally serious, because the best horror movies are the ones you’ve never heard of! The thing that I get asked the most is, “What are some good horror movies?” It’s so damn hard to answer that question because a “good” horror movie is almost non-existent in this day and age. Lucky for you I’m going to give you an answer to that question.

Let’s get this going with a movie that once you see it, you’re going to make it a Halloween tradition. Trick ‘R Treat. The Director Michael Dougherty does such an amazing job weaving four stories into one movie. Trick ‘R Treat is really something special because not only is it hands down the best Halloween movie in the last 30 years but it brings an element of story telling that we rarely see. Seriously, the last good Halloween movie was John Carpenter’s Halloween which was released in 1978 and as a funny little side note, Dougherty purposefully made Brian Cox’s character look like John Carpenter in the movie. So yea, its been that long since we’ve been treated to a good Halloween movie. Trick ‘R Treat takes four very unique stories all of which take place on Halloween night and combines them perfectly. Splitting a movie up into four parts like that is hard in its self but being able to pull it off seamlessly is no easy task. From poisoned candy to a twisted town legend you can tell Dougherty loves Halloween and it really shines in Trick ‘R Treat.

The House of the Devil

This next one is one that you have to sit through about 90% of the movie before it really starts to get under your skin. The House of the Devil. If you’re not the patient type of filmgoer then I’d skip this one because it takes a while to get going but once it does man is it creepy. This is a very psychological type of horror film in the sense that the entire way through you are just waiting and waiting for something to happen and you never quite know when or what it is. I’d put The House of the Devil on the same level as Rosemary’s Baby because it takes almost the same approach when trying to scare its audience. The movie is set in the 80’s where a college student is looking to make a few extra bucks so she takes a babysitting job. It just so happens that the night she has to babysit is the same night of a full lunar eclipse (yea that would be your FIRST sign not to take the job) and things start to get very strange. One of the biggest things that stuck with me about this film is the way it looks. The Director Ti West does something with this movie that not many people would even considering doing in this day and age. He shot the entire movie using 16mm film which was extremely popular in the 80’s giving it a very retro stylistic look. West deliberately shot the film using techniques popular in the slasher films of the 70’s and 80’s. And as a promotional move for his film he even released it on VHS. That my friends, takes balls. If you didn’t know that little tid bit before watching the movie you would honestly believe the movie came straight out of the 80’s, that’s how good of a job he does. The House of the Devil is not a movie for someone who expects scares around every corner, instead this is the type of film for a patient audience who want an unforgettable finish.

Saying that this movie was produced by Guillermo del Toro should be enough to convince most people to see it. The Orphanage. Directed by Juan Antonio Bayona The Orphanage is about a woman who relocates her family back to her childhood home where she opens… you guessed it, an orphanage. When her son’s behavior begins to grow increasingly bizarre after meeting his new invisible friend something not quite right begins to haunt the darkened hallways of this silent, stately home.  The movie constantly has one surprise after another and unlike the previous movie I mentioned The House of the Devil, this one wastes no time in getting creepy.  This movie absolutely earns every bit of its scary moments because the Director doesn’t cheat with sudden cuts and random loud noises.  Instead he allows the scene to soak deep into your bones before scaring the crap out of you.

So the next time someone asks you, “What is a good horror movie?” you might have a pretty good answer. Obviously these three films by no means covers all of the great ones that are out there, not to mention all of the ones that are yet to be discovered.

13 thoughts on “3 Great Horror Movies You Might Have Missed: Part I”