It was just announced that Guillermo Del Toro would be trying his hand in his first stop motion feature length film with a re-imagining of the classic tale, Pinocchio. Co-directing the film along side Del Toro will be Mark Gustafson who is no stranger when it comes to stop motion being the animation director on Wes Anderson’s The Fantastic Mr. Fox.

“Once there was a lonely woodcutter named Geppetto-who dreamed of having a boy of his own. So one day he carved a boy out of wood and named him Pinocchio.When the puppet comes to life, it’s Geppetto’s dream come true. Except Pinocchio turns out to be not such a nice boy after all. Pinocchio enjoys nothing better than creating mischief and playing mean tricks. As he discovers, being bad is much more fun than being good. For a while, anyway. Happily for Pinocchio, he will learn that there is much more to being a real boy than having fun.”

Del Toro is expected to start filming in the summer of 2013. I’m very hopeful for this film because Del Toro’s skill and imagination is perfect for the stop motion genre and it’s surprising he hasn’t jumped into it sooner. Check out the first concept art below. 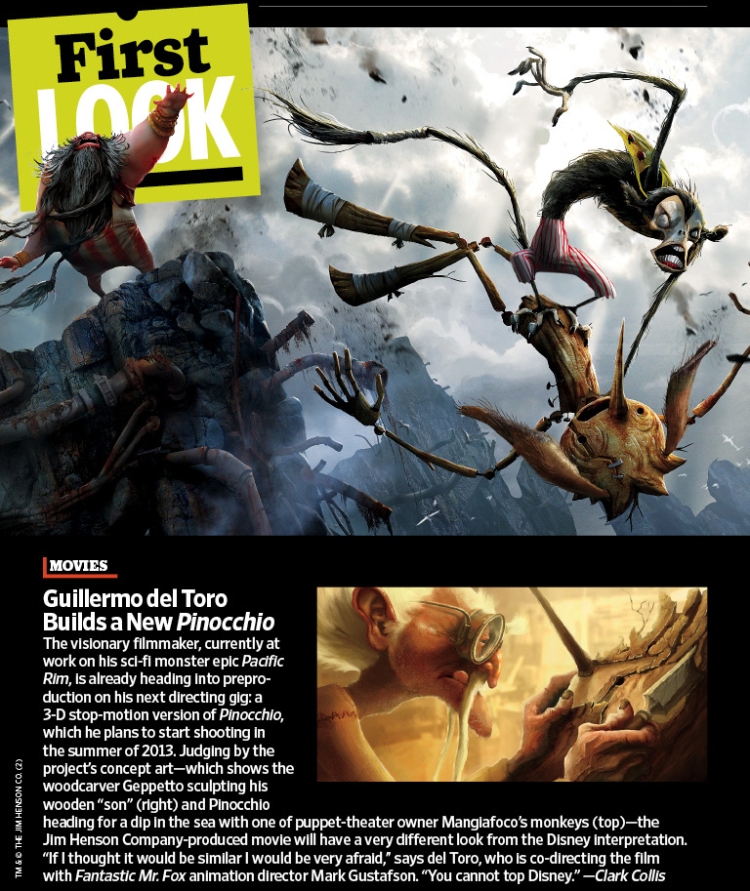 One thought on “First Look At Guillermo Del Toro’s ‘Pinocchio’”