Fox Searchlight’s Hitchcock marks the second of two biopics about the master of suspense, Alfred Hitchcock. With HBO’s The Girl starring Toby Jones stealing the spotlight as of late with some fantastic trailers not much has been seen from Hitchcock, until now.

Sacha Gervasi’s Hitchcock will be releasing in limited theaters on November 23 and tells the “love story about one of the most influential filmmakers of the last century, Alfred Hitchcock and his wife and partner Alma Reville.” The film will take place during the making of Hitchcock’s classic Psycho.

As a huge fan of Alfred Hitchcock I couldn’t be happier to see that two films based on his life are coming out in the same year. What are the chances? And I honestly couldn’t tell you which one I’m more excited for. Hitchcock has an unbelievable cast of Anthony Hopkins who plays Hitchcock, and Helen Mirren stars as his wife, along with Scarlett Johansson, Danny Huston, Toni Collette, Jessica Biel, Michael Stuhlbarg, James D’Arcy, Michael Wincott, Richard Portnow and Kurtwood Smith.

The film is based on the non-fiction book by Stephen Rebello that explains how Hitchcock, while at the height of his career as a director, decides to make a low budget horror film (Psycho) that no studio would touch. Ultimately, this forced Hitchcock to finance the project on his own which then, of course, becomes one of the most influential films of all time.

Here is the first one-sheet for the film and it captures Hitchcock’s style perfectly while being minimalistic. Sir Alfred Hitchcock would be proud. 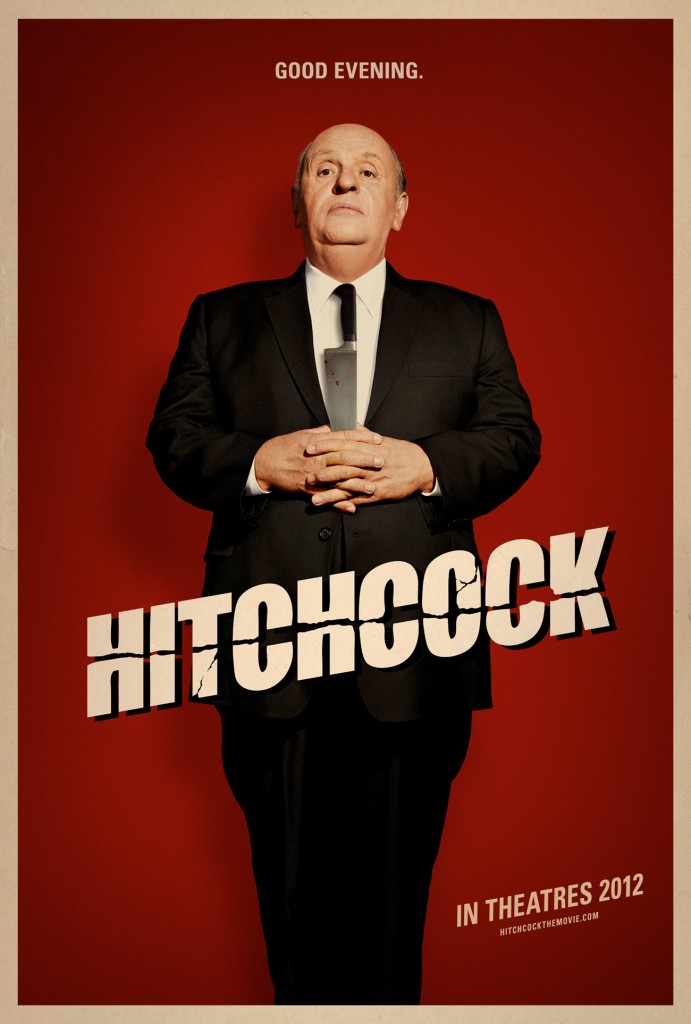