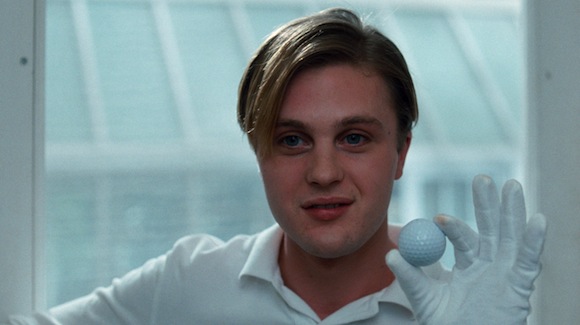 When it comes to the psychological horror genre the most effective films are able to use character fears, beliefs, guilt, and emotional instability to build tension. Rather than relying on gore to put fear into the audience these films have a psychological component that messes with your mind because they often times deal with certain situations that you could very well find yourself in. Take one of the greatest horror films of all time with Tobe Hooper’s The Texas Chainsaw Massacre for example. Upon its release it was regarded as unbelievably violent and gory. Yet in reality the film hardly shows an ounce of blood, everything you think you see is all really happening behind closed doors and the “gore” is just something people think they see because the film does such an excellent job at building that psychological tension. Realistically The Texas Chainsaw Massacre could have been PG13. Here’s a list of some great psychological horror films that you might have missed that do exactly what the genre sets out to do.

The Machinist is one of those films that isn’t for everyone which is exactly the reason it made this list. It’s a bleak film about Trevor Rezink who is living in what has to be the closest you can get to hell on Earth. Played by Christian Bale, Rezink hasn’t slept in over a year and has slowly become skeleton of a man who spends his days in a machine shop and long sleepless nights with a whore. He does these things like a soulless and emotionless machine; just a shell of a man who’s lost in his own reality. If that doesn’t sound bad enough, it gets worse, much worse. When he gets framed for an unfortunate accident at work, these freaky enigmatic notes begin to appear around his home and he starts to think that his co workers are plotting against him. Add in some terrifying hallucinations from his massive lack of sleep and you get an extremely dark tale that unwinds a truly creepy psychological horror film.

One of my favorite aspects of this film is its intensely gloomy style that almost makes it feel as if you are watching it in black and white. Brad Anderson (Session 9) is at the top of his game here and has truly created a psychological film that will keep you thinking about it long after you see it.

A Tale of Two Sisters is a smart and thought provoking thriller about two sisters and the trouble’s they have with their father and ruthless stepmother. Director Kim Ji-woon’s tale blends a dark psychological element of resentment and torment with a slow burn style of filmmaking making this movie a perfect fit for the psychological horror genre. The first half of this film moves very slowly with lingering shots that have a very purposeful use as he is building tension with each and every frame. Psychological horror is all about how you feel when you’re watching it and  A Tale of Two Sisters captures the feeling of trauma perfectly with Kim’s photographic style. Perhaps where this film succeeds the most is how it is able to capture the character’s anxiety by keeping it alive all the way up until the last frame.

Audition is an absolutely remarkable and evocative film that is easily one of the most disturbing psychological horror films out there. It’s about a Japanese executive who runs into a terrifying situation when he goes in search for a second wife and meets a young woman with a toolkit. Audition is the perfect example of a psychological horror film because throughout the film you are shown these montages of mostly comedic stories that convinces you that you’ll get a happy ending until the film slowly shifts into a nightmarish descent into a haunting and unforgettable climax. This film moves at a deliberately slow pace that pours on the fear that will leave an unsettling feeling that lingers over you until the credits begin to roll. Takashi Miike — one of  great directors living today — has a prolific and versatile library of fantastic films with Audition showing his true brutal style of filmmaking that is often times hard to watch.

Miike creates an almost unbearable amount of tension that by the time you reach the last frame you are mentally exhausted. Audition is successful because it doesn’t go for the cheap thrills but instead vests its time in building true terror by planting a deep seed of fear in the audience as the film goes on.

After arriving at their holiday home, a middle-class couple and their son are visited by a young stranger. He is joined by a friend and together they terrorize the family, giving them ’til the next day to survive. Funny Games — the 2007 remake — is one of the most unsettling psychological horror films I’ve ever seen. Michael Haneke first made his Funny Games back in 1997 in Austria but it never garnered the attention it deserved so a decade later he remade his own film — this time for an American audience — and it worked. The key element that makes this film one of the best and most disturbing psychological horror films out there is Michael Pitt’s performance which is absolutely brilliant. His performance can be likened to Malcolm McDowell from A Clockwork Orange because he wears this cheerful mask as his personality while he’s doing unspeakably horrifying things to this family.

One of the creepiest elements to the film is how Haneke breaks the biggest rule of filmmaking and that is when he has Pitt’s character turn to the camera at several intervals and address it by speaking to the audience. This is something you never seen in films because it generally makes no sense because the camera isn’t supposed to be there, yet in Funny Games it works in such a way that when Pitt pulls you into the film with this suffering family you can’t help but have a sense of fear come over you. It’s really something special and a film that not everyone will love, but as far as psychological horror goes, you would be hard pressed to find one that can you pull you into it like this does. This is a stylish and dark satirical psycho horror film that could make even the most hardened of genre fans feel a bit uneasy.