After his nerve shattering film Kill List, director Ben Wheatley quickly followed it up with festival favorite Sightseers. While Sightseers is still waiting for its release, Wheatley is already shooting his latest effort with A Field In England that already shows a ton of promise. Wheatley has quickly made a name for himself with his dark and brutal style. Those of you who have seen Kill List will know that he’s not one to shy away from the violence.

A Field in England was announced not too long ago but all we knew was that it was going to be a psychedelic trip into madness. Now, thanks to Film4 we have our very first look at the film with an official synopsis.

The film follows a small group of deserters fleeing from a raging battle through an overgrown field. As they are captured by O’Neil, an alchemist, they are forced to aid him in his search to find a hidden treasure that he believes is buried in the field.

Crossing a vast mushroom circle, which provides their first meal, the group quickly descend into a chaos of arguments, fighting and paranoia, and, as it becomes clear that the treasure might be something other than gold, they slowly become victim to the terrifying energies trapped inside the field.

Does that not sound crazy or what? I’m really excited to see how Wheatley’s style is going to translate into a film that is much different from what we’ve seen from him so far. 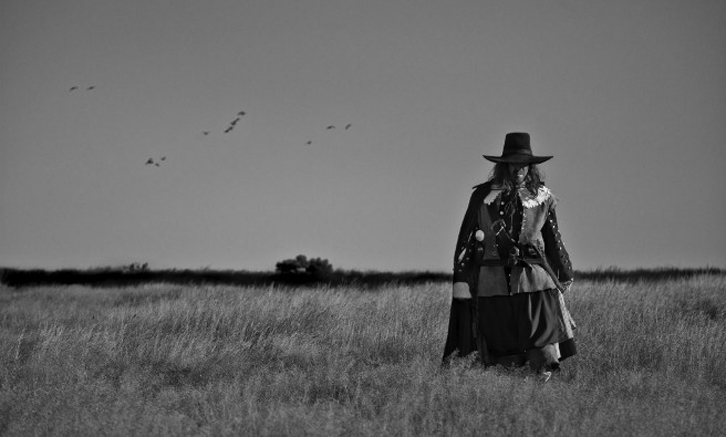