Here is a ridiculously badass look at Tom Cruise as he sports a wicked set of futuristic armor in the first image from All You Need is Kill. Word about this film has been slowly creeping its way online and finally Warner Bros. has posted this explosive first shot of Cruise.

The film will be directed by Doug Liman and has been slated for a March 14, 2014 release. Emily Blunt, Bill Paxton, Jonas Armstrong, Tony Way, Kick Gurry, Franz Drameh, Dragomir Mrsic and Charlotte Riley will all star in this film adaptation of Hiroshi Sakurazaka’s novel that follows a soldier (Cruise) in a near-future war against aliens who relives his last day over and over after being killed. Through the training and battles he experiences in these time loops, he becomes a better soldier.

It doesn’t get much more sci-fi than that so fans of the genre will certainly have something to look forward to in 2014. 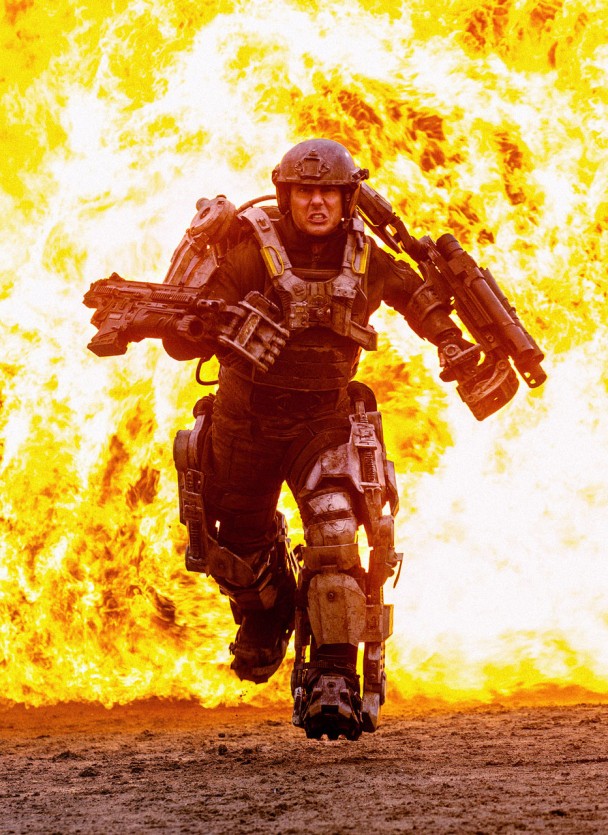