We all know Mitchell Altieri as one half of the creative duo known as The Butcher Brothers. He’s been turning out some great stuff for the horror genre for years with his partner in crime Phil Flores. Altieri is currently setting up for his SXSW selected feature Holy Ghost People which will be a new look from the horror director as it isn’t entirely focused on horror like his other films. Have no fear because it looks like there will be plenty of darkness hidden behind the walls of Holy Ghost People which is being billed as a dark psychological thriller. The best kind!

In this psychological thriller, nineteen-year old Charlotte enlists the help of alcoholic ex-Marine Wayne to find her estranged sister who has gone missing deep in the Appalachian Mountains. Their search leads them to the Church of One Accord and an enigmatic snake-handling preacher named Brother Billy, who’s devoted congregation of outcasts knowingly risk injury or death seeking salvation in the Holy Ghost. What Wayne and Charlotte uncover during their time on the mountain – about themselves and the nature of faith – will shake them to their core, as the mystery of Charlotte’s sister and her fate unravels...

Holy Ghost People will premiere on March 10th at SXSW which stars Emma Greenwell, Brendan McCarthy and Joe Egender. Check out the stills below. 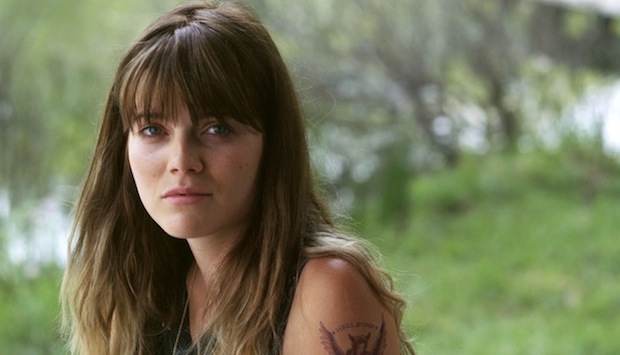