EW got their hands on a new teaser poster for Nicolas Winding Refn’s upcoming thriller Only God Forgives and it’s very cool. I’d like to think that it’s pretty safe to say that seeing Ryan Gosling re-team with Refn on this badass looking flick makes this one of the more anticipated films of the year. The latest poster shows a neon dragon with the words “Time to meet the Devil” inside its mouth — AKA, it’s all sorts of badass!

Bangkok. Ten years ago Julian killed a cop and went on the run. Now he manages a Thai boxing club as a front for a drugs operation. Respected in the criminal underworld, deep inside, he feels empty. When Julian’s brother murders a prostitute, the police call on retired cop Chang – the Angel of Vengeance. Chang allows the father to kill his daughter’s murderer, then ‘restores order’ by chopping off the man’s right hand. Julian’s mother Jenna – the head of a powerful criminal organization – arrives in Bangkok to collect her son’s body. She dispatches Julian to find his killers and ‘raise hell’ 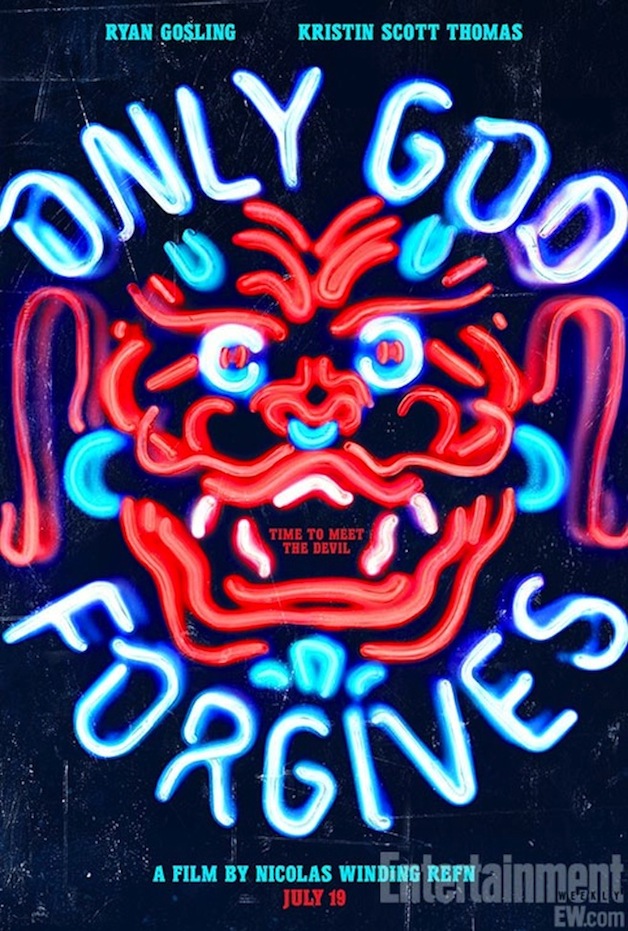