Here’s the first one-sheet for V/H/S/2 for you guys to check out and it’s pretty damn cool! It holds onto the theme from the original with the wicked looking skull but this time goes for a more retro look. The sequel has already opened up to an overwhelmingly positive set of reviews so far as the film is said to be much bigger and better.

Searching for a missing student, two private investigators break into his abandoned house and find another collection of mysterious VHS tapes. In viewing the horrific contents of each cassette, they realize there may be terrifying motives behind the student’s disappearance. 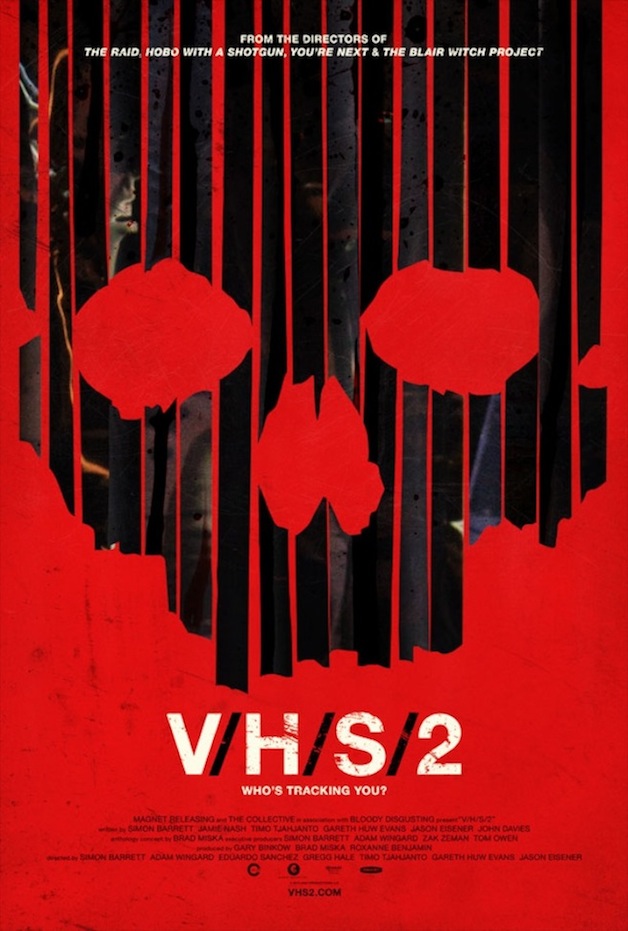