It’s hard to believe that we have a little less than a month until CBS unleashes their TV adaptation of Stephen King’s Under the Dome. With the premiere date getting that much closer, The Master of Horror recently talked with Parade Magazine where he spilled some thoughts on the upcoming series along with some of the stories that scared him when he was a kid.

“I grew up in a house where we didn’t have a TV until I was 10,” King tells Parade Magazine. “We couldn’t afford one. Books were what we had… and the radio. My mother was a reader, and she read to us. She read us Dr. Jekyll and Mr. Hyde when I was six and my brother was eight; I never forgot it.” King also collected comics, “which were also fairly bloody. I still remember the Oliver Twist one… there was blood all over that thing. Comic books were the closest we had to a visual medium.”

When asked about Under the Dome he says “it looks good” and that it doesn’t completely follow the novel.

“It’s not exactly like the book. It’s like a pogo stick: It hits big set pieces in the book, then bounces in its own direction. So that’s fine. You know what’ll happen is the purists who loved the book will probably scream, ‘Well, this is different and that isn’t there…’ But I think most people are going to like it. I hope they will.” 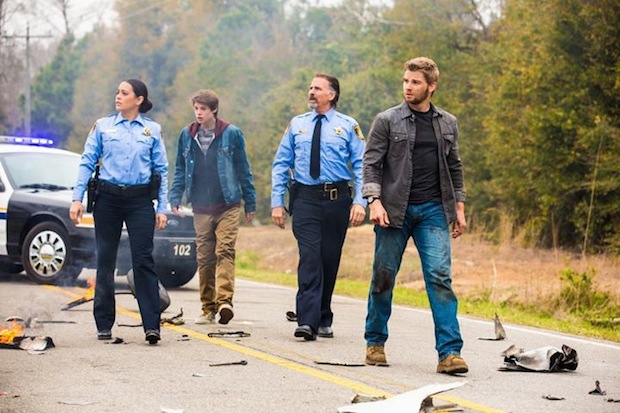 6 thoughts on “Stephen King discusses Under the Dome series”