I’ve been keeping a close eye on Bobcat Goldthwait’s latest found footage horror film Willow Creek and today we finally get to see just what he has in store with the Bigfoot thriller made on a shoe-string budget. The film will be hitting the Fantasia Film Festival this summer. The first trailer is pretty solid as it leads us straight into the forest where we follow a young couple who take a trip into the woods to capture footage of the elusive Bigfoot. As you can probably guess, things go from good to a shit storm of screaming and heavy breathing — all of the necessary elements of a found footage thriller!

The film just recently premiered at the Boston Independent Film Festival and while we don’t have an official synopsis just yet, here’s how they broke it down:

Jim and his girlfriend Kelly are in Willow Creek, California, to retrace the steps of Bigfoot researchers Patterson and Gimlin, who, in 1967, recorded the most famous film of the legendary monster. Kelly is a skeptic, along for the ride to spend time with her boyfriend between acting gigs. Jim, a believer, hopes to capture footage of his own, so his camera is constantly rolling.

The small town is a mecca to the Bigfoot community; sasquatch statues guard the local businesses, murals of the missing link line the roads, and Bigfoot burgers are the town delicacy. The couple interview locals who range from skeptic to believer and from manic to completely menacing. Some of the stories they hear are of chance encounters with a gentle creature, while others are tales of mysterious eviscerations.

On the day that Jim and Kelly plan on hiking into the woods to look for proof, they are given a simple warning: “It’s not a joke. You shouldn’t go there.” Despite the ominous message and Kelly’s own reservations, they head deep into the forest to set up camp. The events that follow will make them wish they had simply spent the night at the Bigfoot Motel. 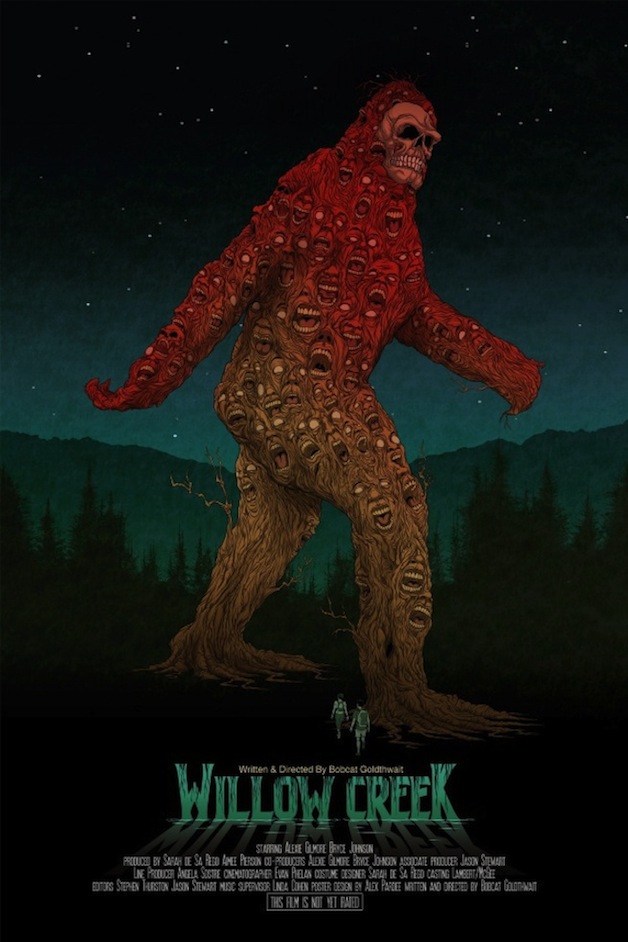