This week’s EW issue is a special Comic-Con edition, and on the cover is none other than Chloe Grace Moretz as Carrie and she’s covered in a lot of red stuff we dig so much around these parts! Kimberly Peirce’s take on Carrie is said to be a more faithful adaptation of Stephen King’s classic novel which will open in theaters on October 18th!

Carrie tells the supernatural tale of a telekinetic teenage girl tormented by her peers. The quiet suburb of Chamberlain, Maine, is home to the deeply religious and conservative Margaret White (Moore) and her daughter, Carrie (Moretz). Carrie is a sweet but meek outcast whom Margaret has sheltered from society. Gym teacher Miss Desjardin (Greer) tries in vain to protect Carrie from local mean girls led by the popular and haughty Chris Hargenson (Portia Doubleday), but only Chris’ best friend, Sue Snell (Gabriella Wilde), regrets their actions. In an effort to make amends, Sue asks her boyfriend, high school heartthrob Tommy Ross (Ansel Elgort), to take Carrie to prom. Pushed to the limit by her peers at the dance, Carrie unleashes telekinetic havoc. 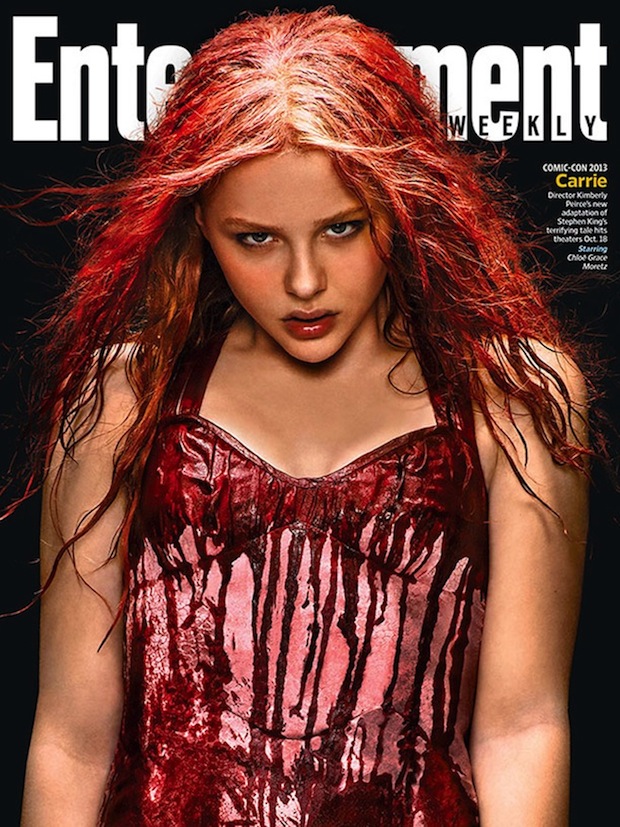