FilmDistrict has just released the first trailer for Spike Lee’s upcoming remake of Oldboy and it looks cool as hell! Based on the trailer it doesn’t appear that Lee was holding back with this one as it looks like this is going to be one nasty and brutal film. The cast looks phenomenal — especially Brolin who looks completely badass — and the few shots of Samuel Jackson that we see are pretty damn amazing. I know a lot of fans of the original are not looking forward to this one but I’ve gotta say, this looks pretty f*cking awesome and I think it will get a few more people on board. Check it out below!

Oldboy is a provocative, visceral thriller that follows the story of an advertising executive (Josh Brolin) who is abruptly kidnapped and held hostage for 20 years in solitary confinement. When he is inexplicably released, he embarks on an obsessive mission to discover who orchestrated his bizarre and torturous punishment only to find he is still trapped in a web of conspiracy and torment.

Oldboy will star Josh Brolin, Elizabeth Olsen, Sharlto Copley, Samuel Jackson, Bruce Hornsby, and James Ransone and was directed by Spike Lee from a script by Mark Protosevich. The film was produced by Roy Lee, Doug Davison, and Nathan Kahane. Look for it in theaters on October 25th. 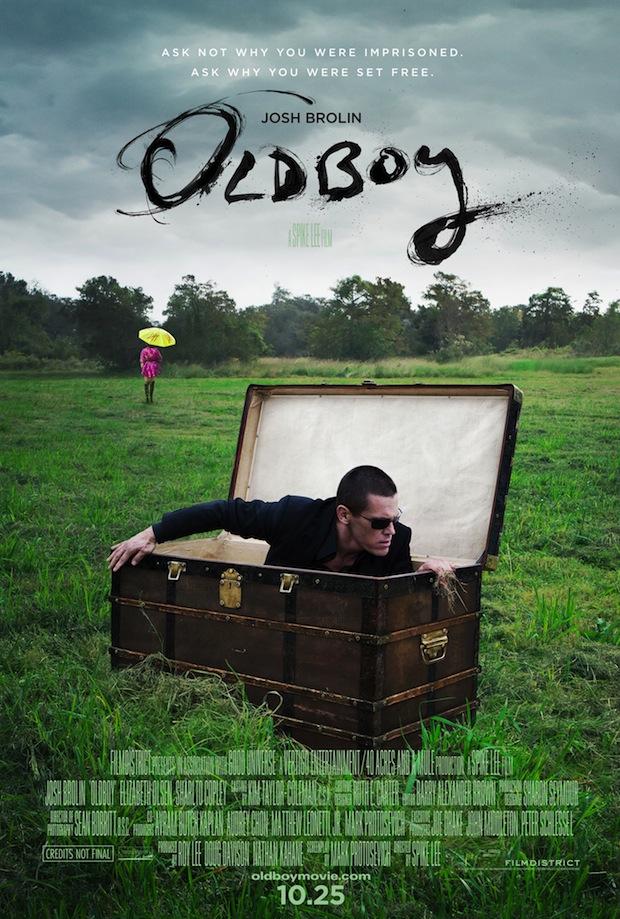