Richard Raaphorst’s found-footage creature feature Frankenstein’s Army will be marching into select US theaters as well as VOD platforms on July 26th. With the release date just around the corner, why not take a peak at some of the wicked creations featured in the film? Twitch got their hands on four new stills from the flick, each showing off some of the nightmarish creatures you can expect to find in the film. Have a look!

In the waning days of World War II, a battalion of Russian soldiers find themselves lost in enemy territory. Stumbling upon a village decimated by an unseen terror, they discover that a mad scientist (Hellboy’s Karel Roden) conducts experiments to fuse flesh and steel, creating an unstoppable army of undead soldiers. Leaderless and faced with dissention amongst their dwindling ranks, they must find the courage to face down an altogether new menace – or die trying. 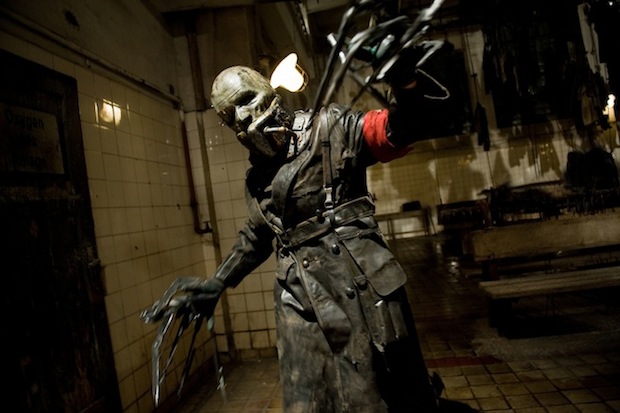