Just recently we got some new details on Fede Alvarez’s sequel to Evil Dead and how he would like to approach the second installment. One detail he didn’t touched upon at the time that everyone is dying to know is whether or not we’ll be seeing Mia and Ash team-up. With Comic-Con wrapping up, Alvarez spilled more details on the sequel and he teases the idea of Raimi’s Ash meeting up with his Mia. Read on for the goods!

“When we initially got together to start production on the movie I was all about getting in cameos for Ted Raimi and Bruce Campbell and anyone else we could get in there. Sam immediately stepped in though and encouraged me to leave those characters alone and make my own movie and I think we benefited from that advice immensely. Still, we did get the Ash character in at the very end like a hidden track on a CD and my intention with that was to let the audience know Ash is still out there and he knows what’s going on. We originally had a moment written where Ash would find Jane Levy’s character wandering the road, but it was never filmed because Bruce was unavailable. The moment you seen at the end of the flick was very spur of the moment. We shot in in an office using only borrowed lamps for lighting.” 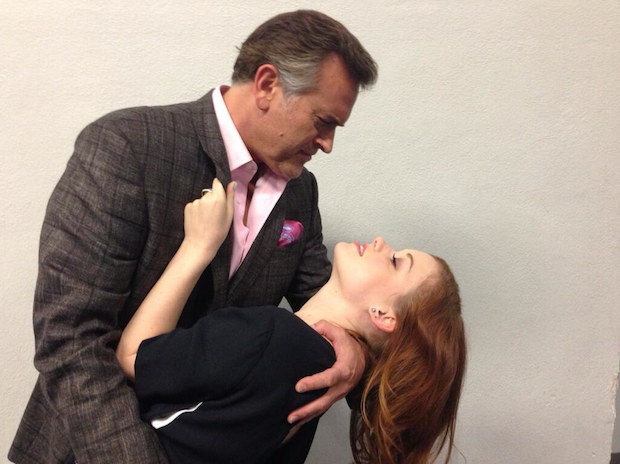 Alvarez continues to say how the second film might play out, “For the next movie I want to continue the story laid out by my first film. I just don’t want to get five new kids and throw them into the cabin. Who knows? Maybe Jane [Levy] (who played the character “Mia”) and Ash (played by Bruce Campbell) will meet up? Maybe Jane will be attacked in the woods and die at the beginning of the second one. We’re still in the very early stages of talking about it. I want to continue to add to the mythology and make my own movie and revere the films that have come before it.”

There’s certainly a lot to digest here. I like the idea of Ash and Mia dismembering deadites side-by-side just as much as the next person but is it something we really need so soon? Alvarez did a fantastic job of setting a serious tone and he created one hell of a kick ass character in Mia. Introducing Ash so soon would really take away from everything that Alvarez set up in the first film. Bringing Ash in now, as cool as it would be, would change the entire tone of Avlarez’s Evil Dead universe. It’s a wicked idea for sure but I think the payoff would be so much more insane if they came together in a later film. Just let Mia do her thing for now. We can wait. 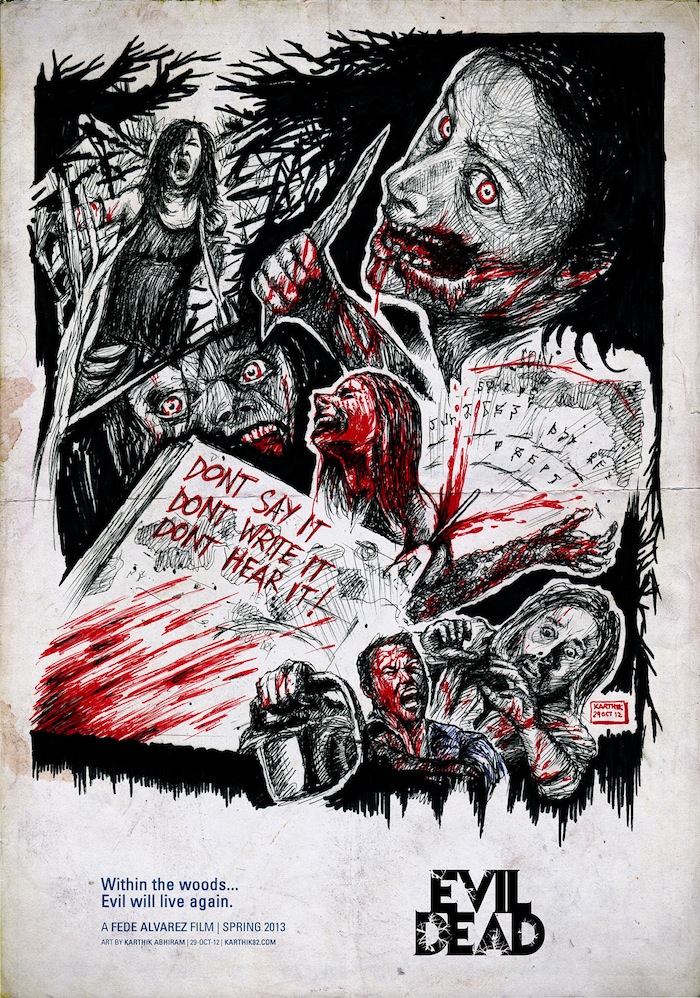