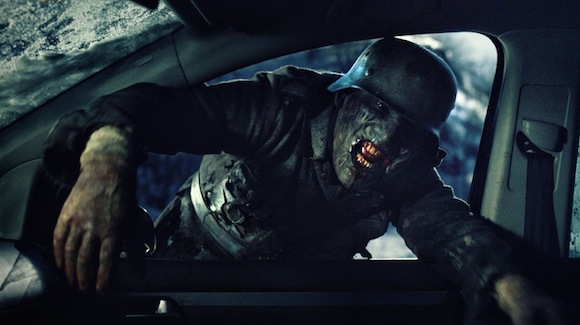 Many of you are probably familiar with Tommy Wirkola’s latest film Hansel and Gretel: Witch Hunters which found surprising success at the box-office, but what he was mostly known for before this years hit was the blood soaked Nazi zombie horror flick Dead Snow. A sequel to his zombie flick has been in the works for months now and has just undergone an interesting title change. Despite its new, and terrible title change, the sequel promises more undead insanity led by a phenomenal cast. Today it was announced that Wirkola’s latest venture into the zombie genre will officially be called Dead Snow: Red vs. Dead. Yea, not the best title we’ve ever seen but if nothing else it will hopefully add to the film’s charm!

The film promises even more Nazi zombies as the survivor from the first film prepares himself for another zombie attack, but this time is aided by a group of professional zombie killers from America known as ‘The Zombie Squad’.

Martin Starr (“Freaks and Geeks”, Knocked Up), Ingrid Haas (Scott Pilgrim vs. The World) and Jocelyn Deboer have just been added to the sequel which also sees Vegar Hoel and Ørjan Gamst joining in on some bloody fun.