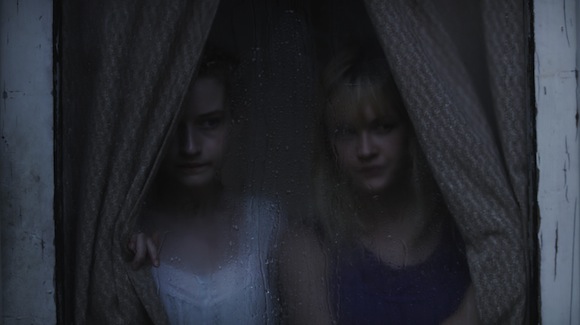 Stake Land director Jim Mickle’s next turn to horror sees his remake of the 2010 Mexican film of the same name, We Are What We Are, hit select theaters on September 27th and has now released its first trailer. I’m unfamiliar with the original film but based on this fantastically dark trailer I get the vibe that it’s going to have a slow-burn style of horror. In-your-face horror films are fun but we rarely get a solid tale of terror that boils slowly until finally unleashing its terrifying secret, so I’m really hoping the entire film has the same pacing as this trailer. So far, We Are What We Are looks like one to keep a close eye on.

A seemingly wholesome and benevolent family, the Parkers have always kept to themselves, and for good reason. Behind closed doors, patriarch Frank rules the roost with a rigorous fervor, determined to keep his ancestral customs intact at any cost. As a torrential rainstorm moves into the area, tragedy strikes and his daughters Iris and Rose are forced to assume responsibilities that extend beyond those of a typical family. The most important task the girls face is putting meat on the table— but not the kind that can be found at the local supermarket. As the unrelenting downpour continues to flood their small town, local authorities begin to uncover clues that bring them closer to the secret that the Parkers have held closely for so many years.

In WE ARE WHAT WE ARE, Jim Mickle paints a gripping and gruesome portrait of an introverted family struggling to keep their macabre traditions alive. The film stars Bill Sage, Ambyr Childers, Julia Garner, Michael Parks, Wyatt Russell, and Kelly McGillis. Watch the trailer below.