I’ve got more casting news on MGM’s upcoming Poltergeist to throw your way as 6 year old actress Kennedi Clements has now been added to the film. She will play Madison, the little girl who meets up with nasty ghosts in her TV. Casting the right kid for an iconic role like this is no easy task because it’s really important that her character is believable. Fortunately her acting skills shouldn’t be much of a worry because if it’s anything like the original, once she gets taken by the ghosts we’ll only hear her distant screams for help.

Now, on to the good stuff! Back in August it was rumored that Sam Rockwell was being eyed to star in the Sam Raimi produced flick. Well, it appears that he is in fact going to be getting haunted by some ghosts in the upcoming reeboot! It’s funny because in my opinion Rockwell is going to be the selling point here, yet no one has made a big deal out of it. I quick search on IMDB shows that Rockwell will be starring in the film alongside the previously announced Jared Harris, Rosemarie Dewitt and Kyle Catlett.

They have really molded together a fantastic cast and it should be an absolute blast to see Harris and Rockwell together in a haunted house flick. With details on Poltergeist being so slim, it’s somewhat unknown whether or not this is even a remake or simply just a sequel to the original; which was something that was rumored a while back. It’s said that this film is going to be a reboot of the franchise while the movie itself is going to be a sequel to the original. Basically what they are doing is taking Fede Alvarez’s approach with Evil Dead in the sense that it takes place within the same universe as the original but features completely different characters. With casting still underway, I’m sure we’ll be finding out all the details soon enough. I think this one just got a whole lot better though!

Poltergeist is being produced by Sam Raimi with Gil Kenan (Monster House) directing from a screenplay by David Lindsay-Abaire. 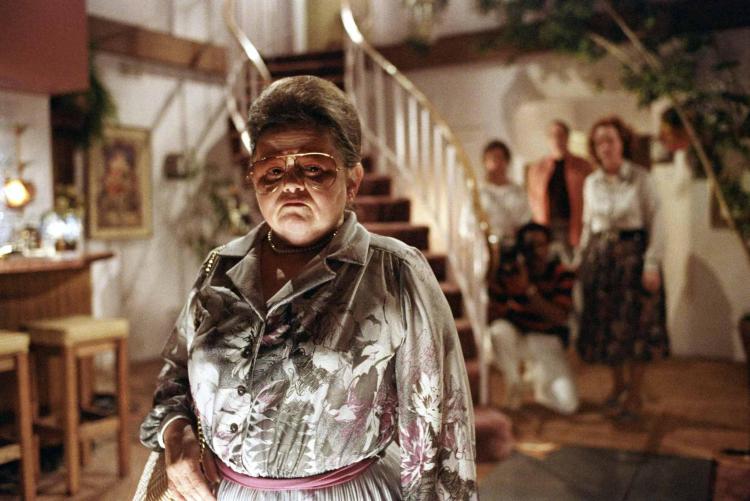 2 thoughts on “Sam Rockwell to get haunted by Poltergeist; Kennedi Clements joins cast”