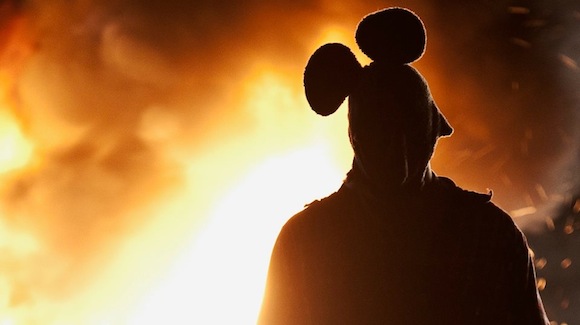 I’ve got the perfect treat for you guys that will send you into your weekend with your skin crawling as the first teaser trailer for Jordan Barker’s home invasion thriller Torment has made its way online. This is a terrifying little trailer that shows you the kind of power that good editing can have. The entire trailer is narrated by the voice of our unwanted guest and it’s the stuff of nightmares.

The film is being led by none other than American Mary star Katharine Isabelle and it will be making an appearance at this year’s Screamfest on October 11th. So far this one looks like a ridiculously awesome indie thriller and one to most definitely be keeping an eye on.

Newlyweds Cory and Sarah Morgan take Cory’s 7-year old son Liam up to the country for some much needed family time. When it appears as if Liam has run away, psychological suspense becomes straight-out horror, as Sarah and Cory must now confront a sadistic cult-like family who have been hiding in the house all along and have taken Liam for themselves.

Also starring alongside Isabelle is Robin Dunne and Stephen McHattie. Check out the trailer below!

13 thoughts on “Torment trailer will leave your skin crawling”