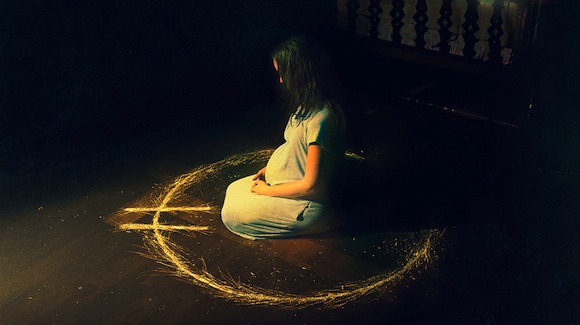 The found-footage genre is all the rage lately with more and more horror flicks turning to the “shaky cam” style. It makes sense, it’s an easy and cheap way to make a movie and the return is usually pretty damn good. Unfortunately, it gets old fast and can be quite disorienting after a while. That being said, there is a place for the found-footage genre and when it’s done right it can be absolutely terrifying as it brings a realistic feel to the film. The latest found-footage flick that’s catching a lot of attention is Twentieth Century Fox’s Devil’s Due, directed by Matt Bettinelli-Olpin, Tyler Gillett.

I’m definitely getting sick of all the found-footage flicks out there, but I gotta say, Devil’s Due looks pretty solid and the trailer alone offers up some pretty solid chills. It’s certainly worth keeping an eye on and hopefully this one will find a way to set itself apart from the rest in the genre.

After a mysterious, lost night on their honeymoon, a newlywed couple finds themselves dealing with an earlier-than-planned pregnancy. While recording everything for posterity, the husband begins to notice odd behavior in his wife that they initially write off to nerves, but, as the months pass, it becomes evident that the dark changes to her body and mind have a much more sinister origin.