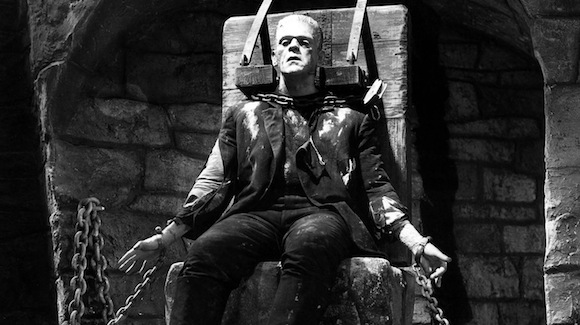 Here’s a remake that has managed to stay out of the spotlight lately thanks to all the other remakes on the horizon. Now that cameras are finally rolling, however, we finally get our very first look at Twentieth Century Fox’s upcoming new take on the classic Marry Shelley tale of Frankenstein. The first photo reveals Daniel Radcliffe’s Igor, who will star alongside Jessica Brown Findlay and James McAvoy. There’s really not a whole lot here to chew on, but I do like the look of his character and it’s nice to know that this remake isn’t going the “modern” route we’ve been seeing lately.

There has been no official plot synopsis just yet, but what I do know is that the Paul McGuigan-directed film is said to put a new spin on the tale of Frankenstein and will feature some sci-fi elements. It’ll be interesting to see how they try to set this one apart from the original, but so far the cast offers plenty of hope for this remake.

Recently the film was pushed from its original release date of October 17, 2014 to its new date of January 16, 2015. The reason for the push probably has something to do with the fact that Universal’s Dracula Untold will be opening on October 2, 2014 so it could have been a move simply to distance itself from another classic monster movie.