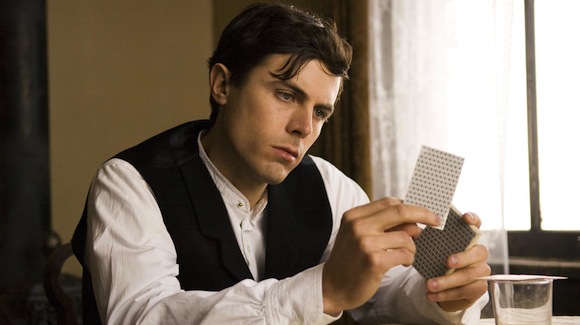 Variety is reporting that Mark Romanek, director of One Hour Photo and Never Let Me Go, may be the man behind the lens of what could be a truly terrifying look into the serial killer known as The Boston Strangler. Just last month Warner Bros. had acquired Boston Strangler, a thriller about the desperate search for the murderer who terrorized the Boston area during the early 1960s. Casey Affleck is set to star in the crime drama that is being written by Chuck Maclean.

This one is already being compared to David Fincher’s Se7en and Zodiac, which is some solid company if you ask me. Both Affleck and Romanek seem to been very selective with their projects so this could be the perfect match for them. Casey Affleck is a damn good actor—his performance in The Assassination of Jesse James by the Coward Robert Ford is brilliant—and I can’t wait to see him take his his talents behind a film that is rooted in real-life terror.

The movie follows an ambitious detective who is willing to risk career and life in a race to bring down the most notorious sexual predator of the day, while battling a political cover-up by corrupt politicians and lawyers trying to save their careers. Boston pols were desperate for a conviction; the early murders centered on older women living alone, but when police found a 21-year old victim, the public panicked. Soon, guns and door locks became scarce in Boston and pressure grew to end the hysteria by locking up someone.

Kevin McCormick‘s Warner-based Langley Park shingle will be produce. Look for more on this one soon!

8 thoughts on “Boston Strangler, starring Casey Affleck, has its eyes on a director”