I’ve been keeping tabs on the small screen adaptation of Guillermo del Toro and Chuck Hogan’s The Strain since it was announced a while back, and now—many months later and an impressive cast all lined up—we finally have the show’s first official stills! The show is based on a trilogy that was written by both Del Toro and Hogan and it features not only a unique take on vampires, but blood suckers that are evil enough to make your skin crawl. One of the new stills gives us a look at the very moment in the story that sets everything in motion as the CDC discovers something horrifying on a plane.

The Strain is a high-concept thriller that tells the story of Dr. Ephraim Goodweather (Stoll), the head of the Center for Disease Control Canary Team in New York City. He and his team are called upon to investigate a mysterious viral outbreak with hallmarks of an ancient and evil strain of vampirism. As the strain spreads, Eph, his team, and an assembly of everyday New Yorkers wage war for the fate of humanity itself.

The Strain is scheduled to premiere in July of 2014 on FX. 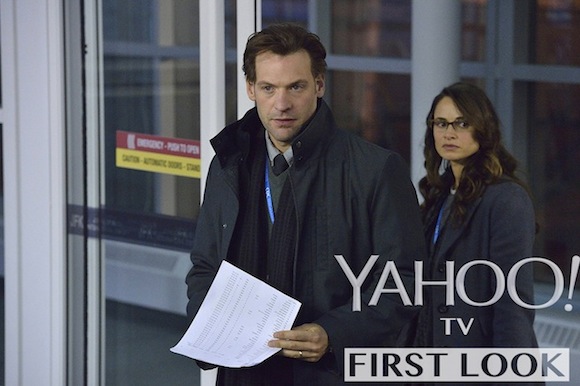