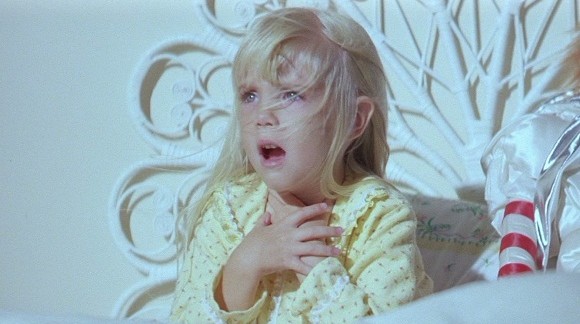 Twentieth Century Fox has dated the upcoming Poltergeist remake/sequel for a February 13, 2015 theatrical release, giving horror fans plenty of time to let it all sink in. Details on the film itself are still pretty slim but from what we’ve seen throughout last year was that this one is most likely going to serve more as a sequel/standalone film, much like the approach that  Fede Alvarez took with the Evil Dead remake. Basically what that means is that we’ll be seeing new characters find themselves in a similar situation. That, to me, is probably the best way they could have gone about bringing Poltergeist back to the big screen because the original film is untouchable and in my opinion one of the most perfectly crafted horror films ever made.

The cast is being led by Jared Harris, Sam Rockwell and Rosemarie Dewitt which is honestly about as good as it gets. I’m excited to see both Harris and Rockwell share the screen together in a horror flick, and it’s for that reason that I’m holding onto hope for this one.

5 thoughts on “Poltergeist will go towards the light in 2015”