Hammer Films’ upcoming supernatural chiller The Quiet Ones is yet another horror film that prides itself on being inspired by “true events”. The John Pogue-directed haunter recently found a spot on my “Most Anticipated” list so I decided to do a little digging to find out just what the film’s inspiration was. Now this one is a stretch, guys. The movie bases itself off of a little experiment that a group of scientists conducted back in the 70’s where they set out to create a ghost of their very own. Now that’s quite the twist on your typical ghost story isn’t it? We all know someone who claims to have experienced a supernatural event, or maybe even you yourself have have seen a ghost. But do ghosts actually exist, or is it something that our very mind manifests? Can we actually be the ones creating the ghost? That’s the question they set out to answer, and what they found turned out to be quite shocking. This is the true story that inspired The Quiet Ones.

In the 1970’s there was a group of Canadian parapsychologists who aimed to conduct an experiment that would create a ghost. In doing so it would prove their theory that those unexplained bumps in the night are actually products of the human mind. World-renown poltergeist expert Dr. Alan Robert George Owen created the group known as TSPR (Toronto Society for Psychical Research) consisting of eight people—Dr. Owen’s wife, an industrial designer, an accountant, a housewife, a bookkeeper and a sociology student. A psychologist named Dr. Joel Whitton also attended many of the experiments as an observer. Was this small group of people going to change the way we looked at the supernatural? 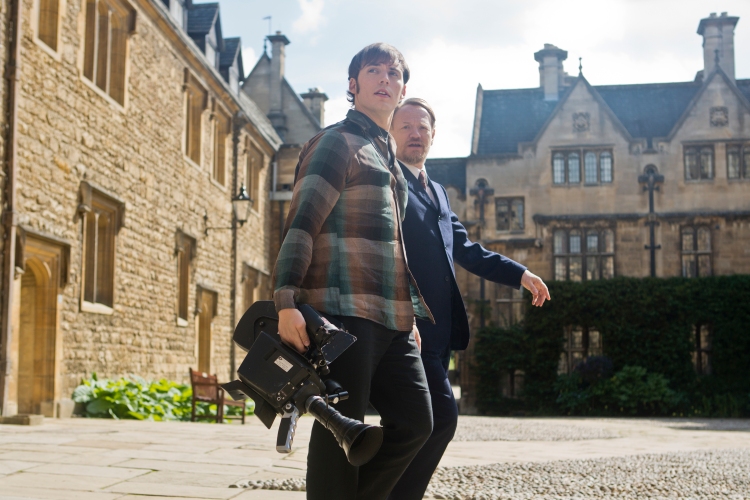 The experiments (which became known as the Philip Experiment) began in 1972 where their first task was to create a fictional historical character. Essentially what they did was pull “facts” out of thin air to attach to the life of this fictional character that they were creating. In doing so, they wrote a biography of this made up person, who they named Philip Aylesford. In his biography they stated that he was a 17th century English noble who was married to a beautiful, yet cold and unfriendly wife named Dorothea. One day, he ran into a beautiful gypsy girl named Margo who he almost instantly fell in love with. Uh, oh. Needlessly to say, Philip and Margo became secret lovers. But as most secrets go, it didn’t last forever because his wife, Dorothea, found out about Margo and accused her of witchcraft. Because Philip was much too worried about his reputation, he didn’t protest the idea of Margo being a witch, resulting in her being burned at the stake. Ouch. He then later was stricken with remorse, in which the only way he could deal with it was to fight in the battle of Diddington. One morning he was found dead on the battlefield, and Philip Aylesford was no more.

The Owen group didn’t stop at a simple biography, however, as one of the members even sketched a portrait of their newly created man. So what was the point of going through all the trouble of giving their fictional character a biography and even a picture? The reason was so that the group could be completely immersed in the non-existence of Philip. Strange, I know, but it sort of makes sense in a weird scientist kind of way. With step one now complete, it was time to move onto the next phase of their experiment. Contact!

Now they needed to contact Philip, but would they? They started their “sittings” in September of 1972 where they would discuss Philip’s life, trying to visualize him in as much detail as possible. These sittings went on for nearly a year with absolutely no results other than the occasional feeling of a presence in the room. At this point though, things weren’t looking good for TSPR’s experiment.

Going many months with no contact from Philip, they decided to approach it a bit differently. They began recreating the classic spiritualist séance—dimming the room’s lights and sitting around a table with pictures and objects from the time period that Philip would have lived in. It basically looked like every haunted house movie we’ve ever seen with a bunch of people sitting around a table in the dark, ready to awaken the spirit world. And it worked! This technique soon produced the exact results they were looking for. Philip had finally made contact, manifesting himself to the group.

One night, the group got their very first message from Philip in the form of a very clear knock on the table. They began asking him questions in which he would answer with one knock meaning “yes” and two meaning “no”. How did they know it was Philip? They asked him! They would ask him questions that came directly from the biography that they had created, and he answered them consistently but was unable to provide them with any additional information about his life beyond what they made up. That being said, Philip was able to give historically accurate information about not only real events from his time period, but the people who lived during it as well.

As the sessions went on, a range of unexplainable phenomena started occurring. Philip began to take on a personality of his very own. He started to show strong views on many subjects made by his hesitant knocks on the table. He even began moving the table, sliding it from one side to the other despite the fact that the table itself was sitting on thick carpet. They even reported that the table “danced” on one leg. When the group would ask Philip to dim the lights down, he would without hesitation. He could even cover the group in a blanket of cold air that would blow across the table in a chilling breeze. One thing the group noticed was that the table would feel electric to the touch when Philip was present. It was as if Philip, in a way, became the table itself. The group even said that he would cause the table to move quite a bit, even trapping people in the corner of the room with it.

The very climax of this experiment came before a live audience of 50 people which was filmed as part of a documentary. Philip wasn’t one to be shy so he performed in front of them without any issues. Other than getting him to knock on the table in front of the audience, he was able to make the lights flicker and even made the entire table levitate. The table rose just an inch off the ground where everyone witnessed it, even the film crew who were actually filming! But get this, because Philip had been toying with the lights, it actually prevented the cameras from capturing the amazing feat on film. How convenient is that?

The Philip Experiment far reached the expectations that the group had originally hoped for, but it was never actually able to meet their original goal—to actually see Philip materialize into a spirit.

So what did we actually learn from this whole thing? Some say that it proves that ghost do not exist, that they are simply created by our minds. Or maybe the group did actually contact the world of spirits and an entity just used this opportunity to “act” as Philip. So if this spirit wasn’t Philip, who could it have been? See, I told you this one was out there!

Over the years, since the experiment was conducted, it became quite obvious that the whole thing was simply just a hoax. The documentary is actually up on YouTube (you can watch it here) and it’s quite apparent that it was just an elaborate set up. Even still, it’s quite an interesting little tale, and it’s easy to see why Hammer wanted to make a movie inspired by these events. The film itself is very loosely based on this story as all they essentially did was take the simple idea of creating a ghost and ran with it in an entirely different direction. So there you have it, the “true” story behind The Quiet Ones.

For those of you who do believe in ghosts, do you buy the idea that they are just something that is created by our minds? Sound off in the comments below!

The Quiet Ones is directed by John Pogue from a screenplay by Craig Rosenberg and Oren Moverman and John Pogue. It stars Jared Harris, Sam Claflin, Erin Richards, Rory Fleck-Byrne and Olivia Cooke. Look to get haunted by The Quiet Ones on April 25th!

– If you enjoyed this article please show your support for all things horror and like the blog on Facebook!

— And don’t forget to subscribe to TMR by entering your email address at the right of the page!

109 thoughts on “The Quiet Ones and its True Story”