Tucker & Dale Vs. Evil is one of the most entertaining, blood-fueled horror comedies to grace the genre in quite a few years, and now signs are pointing towards a potential sequel is in the works. This past week was the popular HorrorHound convention in Cincinnati, Ohio, where the two stars of the film Alan Tudyk and Tyler Labine both dropped a bomb on the audience that the producers of the original film are hoping to move forward with a sequel at some point this very year. That’s exciting stuff, people!

Labine went on to say that the producer has his eyes set on the next installment as he wants it to be the first movie on his 2014 production schedule. So, while this is far from a green light and it’s not exactly set in stone just yet, it does sound like we’ll eventually be getting a sequel to the cult classic. You’d be hard pressed to someone who didn’t walk away from Tucker & Dale with a huge smile on their face, and a lot of that had to do with the brilliant chemistry between its two leads. I certainly wouldn’t mind watching those two battle evil once again, that’s for sure!

In the first film:

Two lovable West Virginian hillbillies, are headed to their “fixer-upper” vacation cabin to drink some beer, do some fishin’, and have a good time. But when they run into a group of preppy college kids who assume from their looks that they must be in-bred, chainsaw wielding killers, Tucker & Dale’s vacation takes a bloody & hilarious turn for the worse.

Who knows where the sequel will take these two next but it should be a hell of a lot of fun. Hopefully, with this news taking flight we’ll be able to get official confirmation on a sequel soon. 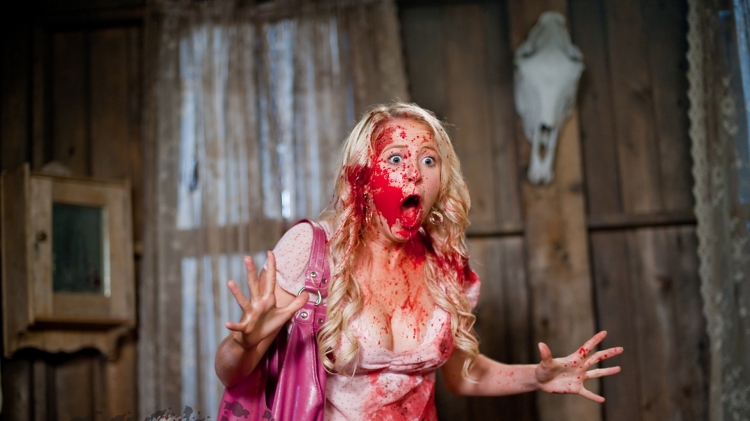 14 thoughts on “Are Tucker & Dale going to clash with evil once again?”