I’m still not entirely sure what to make of Alex Van Warmerdam’s Borgman just yet, but I do know that it’s certainly the strangest looking horror film on the horizon. With the home invasion genre starting to wear thin lately, it’s nice to see a film like Borgman come along and turn it on its head. If you thought the poster was creepy, wait until you see what the trailer has in store.

And lucky for us, the official trailer dropped today and it’s a staggering one to say the least. Its unsettling atmosphere and skin-crawling visuals make for a seriously unforgettable 2 minute slice of horror that I think you guys are really going to dig—and the last shot in the trailer is about as haunting as it gets!

Borgman follows an enigmatic vagrant who enters the lives of an upper-class family and quickly unravels their carefully curated lifestyle. Charming and mysterious, Camiel Borgman seems almost otherworldly, and it isn’t long before he has the wife, children and nanny under his spell in a calculated bid to take over their home life. However, his domestic assimilation takes a malevolent turn as his ultimate plan comes to bear, igniting a series of increasingly maddening and menacing events 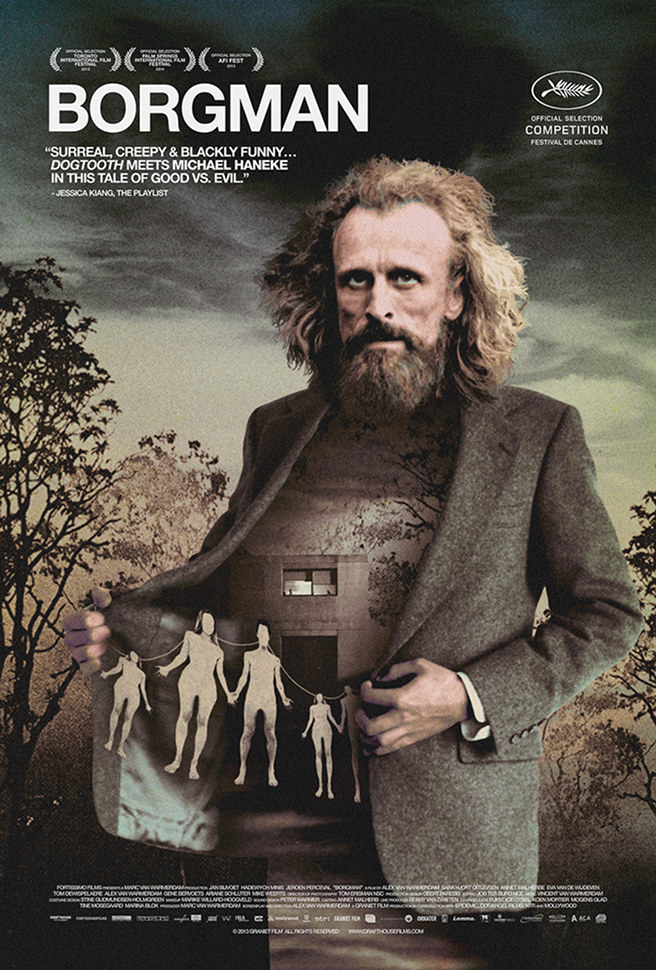