Kevin Smith wants to tell us a story, one of a terrible transformation at the very hands of a madman who has an unusually deep affection for walruses. Yes, that’s actually what the movie is about and it’s entitled Tusk; there’s even a poster to prove it! I’ve been keeping a close eye on the development of Tusk since it was announced some time ago, but I’ve held off on writing anything about it until I could actually show you guys something cool. Well, that something cool is finally here and it’s in the form of a poster designed by Ignition, who did a brilliant job capturing the essence of the film with such a simple image. Great stuff.

The idea for Tusk stemmed from one of Smith’s podcasts and it’s absolutely ridiculous. It’s sort of like The Human Centipede, only instead of a psychopath sewing a bunch of people together, there’s just one victim who is being transformed into a walrus stitch by stitch. It’s a pretty twisted tale, that’s for sure. The trailer is supposed to debut at Comic-Con in a couple of weeks, so be on the lookout for that. It’ll be nice to see what kind of tone Tusk has and if Smith went for a straight-up horror approach to it or not. Right now, it certainly sounds like it!

Tusk follows Wallace (Long) a journalist on a mission. He finds the story of a lifetime in Mr. Howe (Parks), a worldwide adventurer with amazing tales and a curious penchant for walruses.

Tusk stars Justin Long, Haley Joel Osment, Michael Parks (pictured) and Genesis Rodriguez. A24 will release the film in the U.S. this fall. 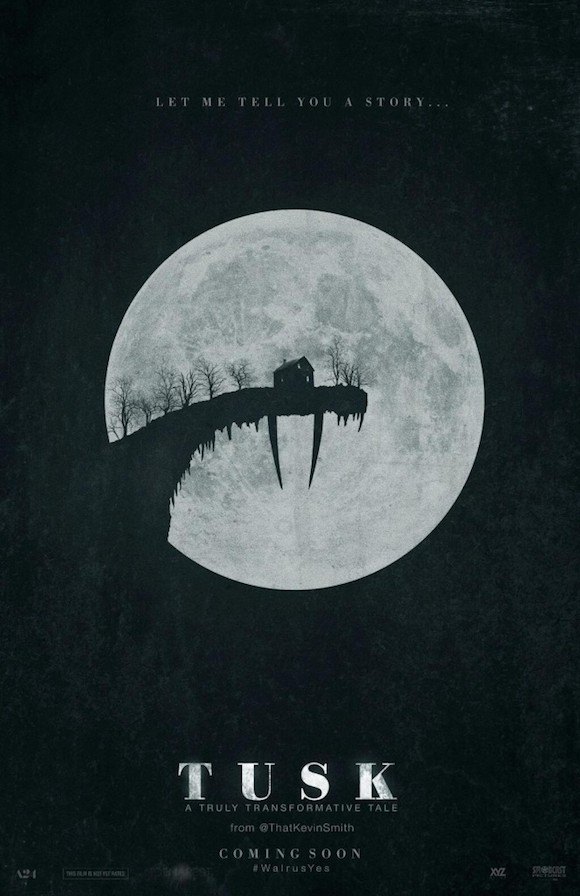