All I can say about this right now is that it’s about damn time! Seriously, it’s been way too long for Alexandre Aja’s Horns to get a release date, much less a teaser trailer. And today we’ve got both! Apparently, Horns has been pegged for a Halloween release in the UK, and although they haven’t announced a U.S. release date just yet, I’d imagine it will be around the same time if not the same day. So that’s pretty awesome!

Hopefully this teaser just means we’ll be seeing a full length trailer very soon, but for now this will have to do. Check it out!

Ignatius Perrish spent the night drunk and doing terrible things. He woke up the next morning with a thunderous hangover, a raging headache . . . and a pair of horns growing from his temples.

At first Ig thought the horns were a hallucination, the product of a mind damaged by rage and grief. He had spent the last year in a lonely, private purgatory, following the death of his beloved, Merrin Williams, who was raped and murdered under inexplicable circumstances. A mental breakdown would have been the most natural thing in the world. But there was nothing natural about the horns, which were all too real. 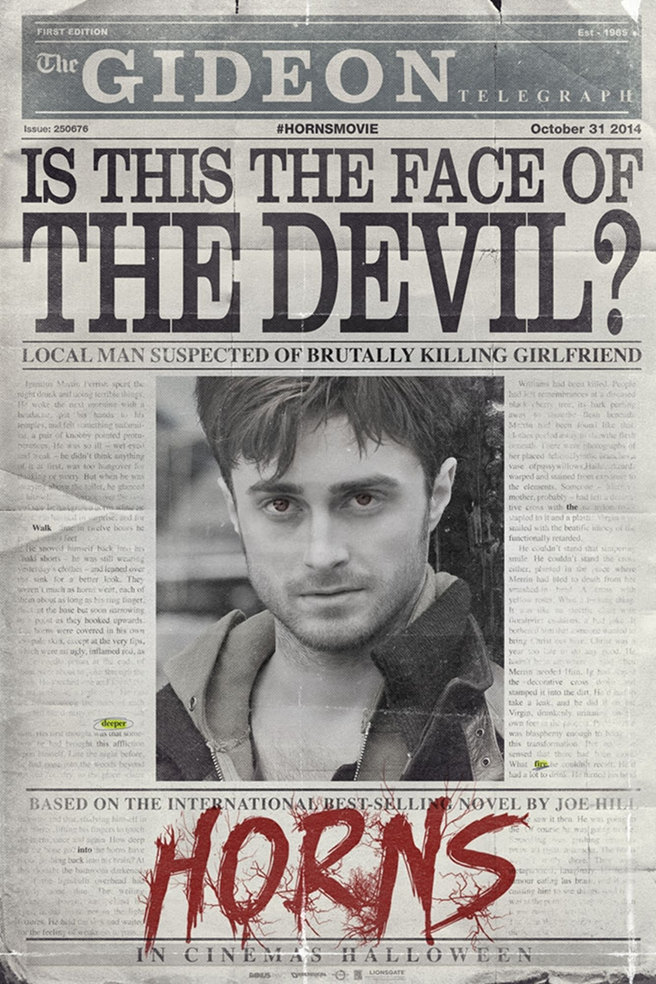 11 thoughts on “Daniel Radcliffe walks deeper into the fire with the first Horns teaser!”