A couple of days ago we finally got our first glimpse at the teaser for Alexandre Aja’s new horror film Horns, which stars Daniel Radcliffe. Now, on the heels of the first teaser trailer is a really cool new poster that asks us to: Embrace your demons. I really dig the comic-book look of the poster and it’s miles better than what we originally saw.

With the new poster is word that the U.S. release date mirrors that of the UK’s as the film will hit us on October 31st. Surprisingly, it’s a rare thing these days to see a horror film get released on Halloween. So this is pretty awesome news and should make the Halloween season that much better.

Ignatius Perrish spent the night drunk and doing terrible things. He woke up the next morning with a thunderous hangover, a raging headache . . . and a pair of horns growing from his temples.

At first Ig thought the horns were a hallucination, the product of a mind damaged by rage and grief. He had spent the last year in a lonely, private purgatory, following the death of his beloved, Merrin Williams, who was raped and murdered under inexplicable circumstances. A mental breakdown would have been the most natural thing in the world. But there was nothing natural about the horns, which were all too real. 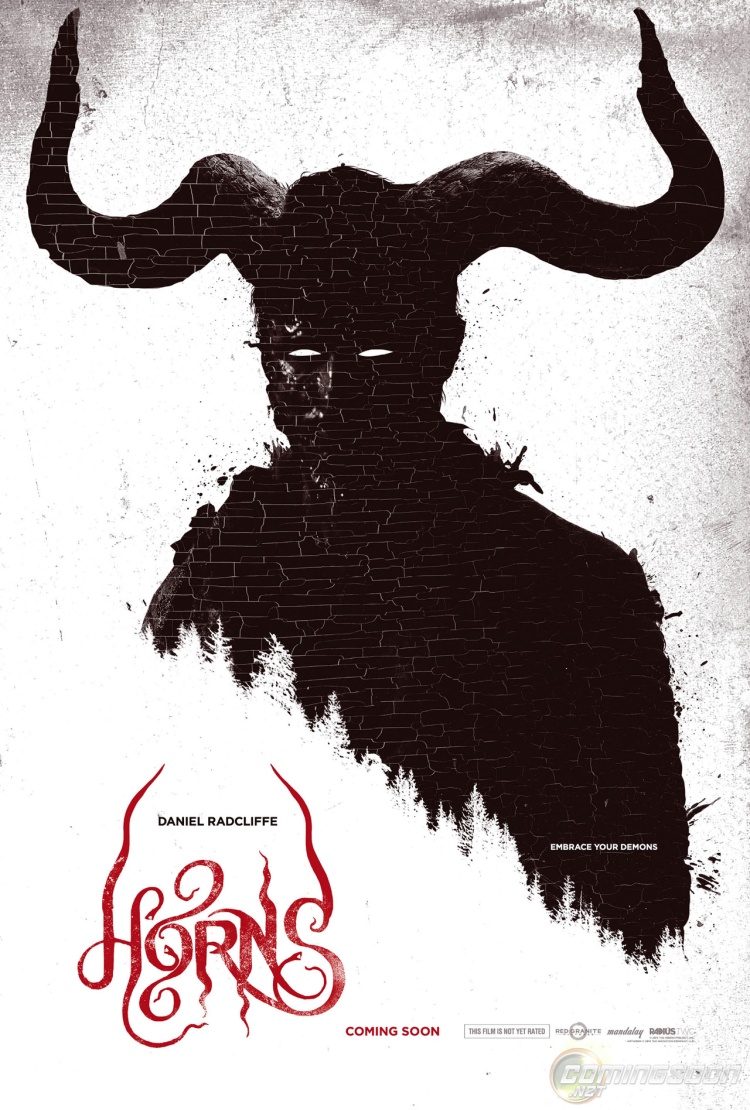