Cub, the pint-sized slasher from Jonas Govaerts, stirred up the horror community back in September with a wicked trailer that shined a light on its intriguing setup. And despite being rooted in a familiar scenario, Cub looks like a fresh take on the slasher genre as this blood-fueled feature takes aim and a group of cub scouts. A new poster for Govaerts directorial debut is making the rounds and it happens to be pretty damn cool so I thought I’d pass it along to you guys. And no, that’s not Groot.

Early word on this one is that it’s just as good as it looks. A release date has yet to be announced, so hang in there.

Troubled twelve-year-old Sam heads off on a summer camping trip with his Cub Scout troupe. When the highly imaginative boy claims to have seen a creature in the woods, his counsellors naturally assume that their campfire tales of a monster named Kai have gotten to him. But the danger Sam sees is all too real: watching from the darkness is a masked, feral child whose menacing snarl and quick movements go unnoticed by all except for Sam. As the mocking taunts of the other boys isolate Sam further from his pack, he becomes increasingly convinced that a terrible fate awaits them all. 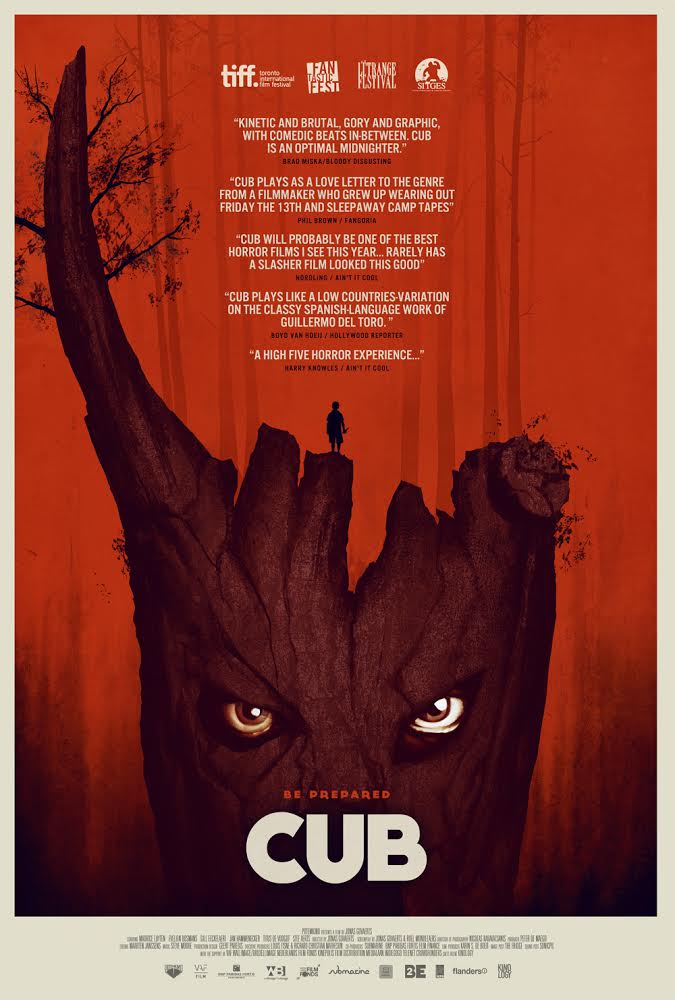