Some punks, some skinheads and one green room.

Jeremy Saulnier first hit the indie movie scene in 2007 with his criminally underrated Halloween-set Murder Party, only to follow that up with last year’s powerful, understated thriller Blue Ruin. And despite there being a six year gap between movies, Saulnier never lost a beat, proving that he’s going to be a name to remember as he continues to leave his mark on the world of film.

He now has his eyes set on Green Room, a cutthroat story that pits punks against skinheads. While Blue Ruin was a low profile slow-burn approach to the thriller, Green Room sounds like a claustrophobic version of that as the story centers on a punk band who witnesses a murder at one of their shows in a middle-of-nowhere venue. They find themselves locked in the green room and targeted for death by a gang of racist skinheads. Does that not sound awesome?

One of the skinheads will be played by the lovely Imogen Poots, who’s friend is the one whose death sets the entire story in motion as she joins forces with the band. And headlining the punk band is the always fantastic Anton Yelchin, which will see the two Fright Night stars reunite. I was one of the few who got a kick out of  2011’s Fright Night remake, which was fueled by some fantastic performances with Poots and Yelchin front and center, so I’m excited to see these two take on another thriller. If they can ward off some vampires then a handful of skinheads should be no problem!

Rounding out the cast alongside Yelchin and Poots is Blue Ruin lead Macon Blair, Alia Shawkat and Joe Cole. Green Room will go under cameras in Portland this fall, with Broad Green Pictures producing and financing. 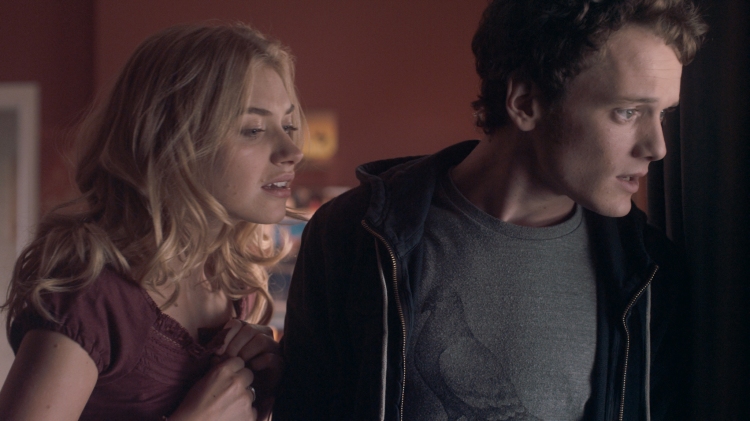