Sam Raimi and Fede Alvarez proved to be a deadly duo back in 2013 when Alvarez’s take on Evil Dead raked in $100 million worldwide at the box office, and now they’re back with a little thriller by the name of A Man in the Dark. Alvarez, of course, will take the helm with Raimi and Rob Tapert producing for Ghost House. A Man in the Dark sounds good, really good.

It’s certainly a far cry from Evil Dead, with its unique, psychopathic twist on the home invasion genre as three kids attempt to rob a rich blind man, only to find themselves in a fight for their lives when a horrific secret is discovered.

Three teens who get away with perfectly planned home robberies have set their sights on one last payout that will get them out of crime forever. Their target: a reclusive blind man with millions of dollars in hiding. But as soon as they break into his home, the tables are turned and they find themselves trapped and fighting for survival against a psychopath with secrets of his own.

Say what you will about Alvarez’s Evil Dead, the man has a vision. And that vision is more brutal and gruesome than anything to come out of the genre in years. Unafraid to spills buckets of the red stuff to paint his bloody vision across the big screen, Alvarez is one of the most exciting directors in the business right now, and he’s one the genre should be paying attention to. Teaming up with Raimi once again only assures us that Alvarez will, at the very least, be given the opportunity to make another bold and horrifying film.

What secrets lie within A Man in the Dark? I don’t know about you guys, but I’m looking forward to finding out the answer to that one. 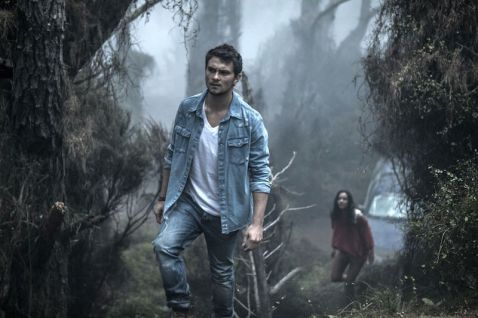 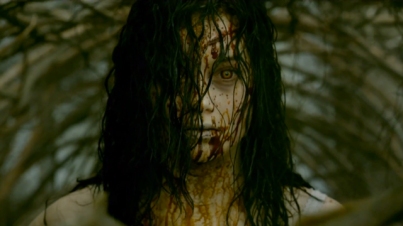 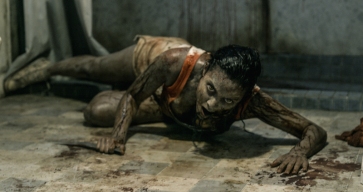