One of the films I highlighted as a must-see earlier this month was Joe Lynch’s ass-kicking Die Hard in a room thriller, Everly. Starring the gorgeous Salma Hayek as a gun-wielding badass, Everly looks every bit insane as its premise suggests; and there’s a trailer to prove it! The trailer sorta reminds me of Shoot ‘Em Up meets Takashi Miike, so if you dig an explosive thriller with plenty of the red stuff flying around then you’re probably going to find a lot to love about this one.

Look for Everly on VOD this January 23rd.

It’s Christmas time, but all is not well in the world of Everly (Salma Hayek). A call girl by trade, Everly has turned against her gangster boss Taiko (Hiroyuki Watanabe) and become a police informant. In response, Taiko has put out a hit on Everly and her family. Soon, every criminal in town wants to cash in. Everly’s survival instincts quickly kick in as she matches wits and firepower with Taiko and a seemingly endless stream of killers.

Everly co-stars Togo Igawa, Masashi Fujimoto and Hiroyuki Watanabe. The script is by Yale Hannon based on a story by Hannon and Lynch. 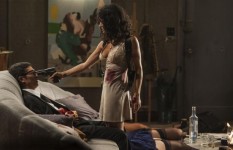 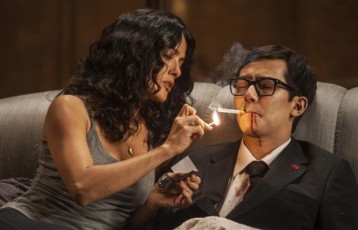 11 thoughts on “Everything dies in the Everly trailer”