After the onslaught of horror we’ve seen over the last three months, it was only a matter of time before things slowed down. April, while less on its plate, has a couple of films very much worth checking out, including one of the most talked about films at this year’s SXSW and Ryan Gosling’s directorial debut. Not bad, not bad at all. But before we get started, here’s what I watched in March:

A young programmer is selected to participate in a breakthrough experiment in artificial intelligence by evaluating the human qualities of a breathtaking female A.I.

A single mother is swept into a dark underworld, while her teenage son discovers a road that leads him to a secret underwater town.

The Sisterhood of Night (VOD)

When a teenage girl says she’s the victim of a secret network called The Sisterhood of Night, a quiet suburban town becomes the backdrop for a modern-day Salem witch trial.

A couple who keeps their sick son in a secluded environment find their controlled lives challenged by a young girl who moves in next door. 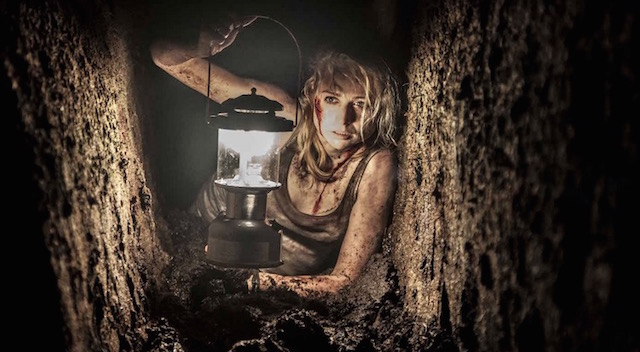 A couple on a trip through the Irish countryside find themselves hunted by a creature who only attacks at night.

Ten years on from the events of Monsters, and the ‘Infected Zones’ have now spread worldwide. In the Middle East a new insurgency has begun. At the same time there has also been a proliferation of Monsters in that region. The Army decide to draft in more numbers to help deal with this insurgency.

A group of online chat room friends find themselves haunted by a mysterious, supernatural force using the account of their dead friend.

Well, this is a no-brainer. Ex Machina and Lost River are the two hottest titles hitting this month for a couple of reasons…

Because there are so few genre films hitting this month, you could probably take a shot at any of these, but here’s what I’d suggest.

Easily Ex Machina as it looks like a sure bet for the best film of the month.

27 thoughts on “The Month in Horror Releases: April”