It really can’t get much worse than After Earth, right? M. Night Shyamalan quietly made a micro-budget horror film by the name of The Visit, and in true Shyamalan fashion, it’s quite the mystery. In fact, the film has been largely under the radar right up until the release of this very trailer. So, what is The Visit and should we be excited about it?

It’s hard to believe that we’d even be asking that question about a new film from the guy who made The Sixth Sense, Unbreakable and Signs. Yet here we are—many films later—wondering if we should even be looking forward to The Visit. His filmography speaks for itself, as there is undoubtedly more bad than good, but that doesn’t mean he isn’t capable of something great; if you ask me, he certainly has the talent to do it. While there’s really no way of knowing what we’re in store for when it comes to The Visit, all I can say is that I’m rooting for the guy. So, what about the actual trailer?

It’s actually kind of great. The found footage element was a surprise, but I got the impression that it’s not entirely shot in that style (I could be wrong, though). There’s just something about a person losing their shit that’s inherently creepy, especially when its this sweet old grandma who just wants to bake cookies (and children) in the oven. Why can’t they leave their room after 9:30 pm, and what could they be hiding?

This one is slated for a release on September 11th.

A brother and sister are sent to their grandparents’ remote Pennsylvania farm for a week-long trip. Once the children discover that the elderly couple is involved in something deeply disturbing, they see their chances of getting back home are growing smaller every day. 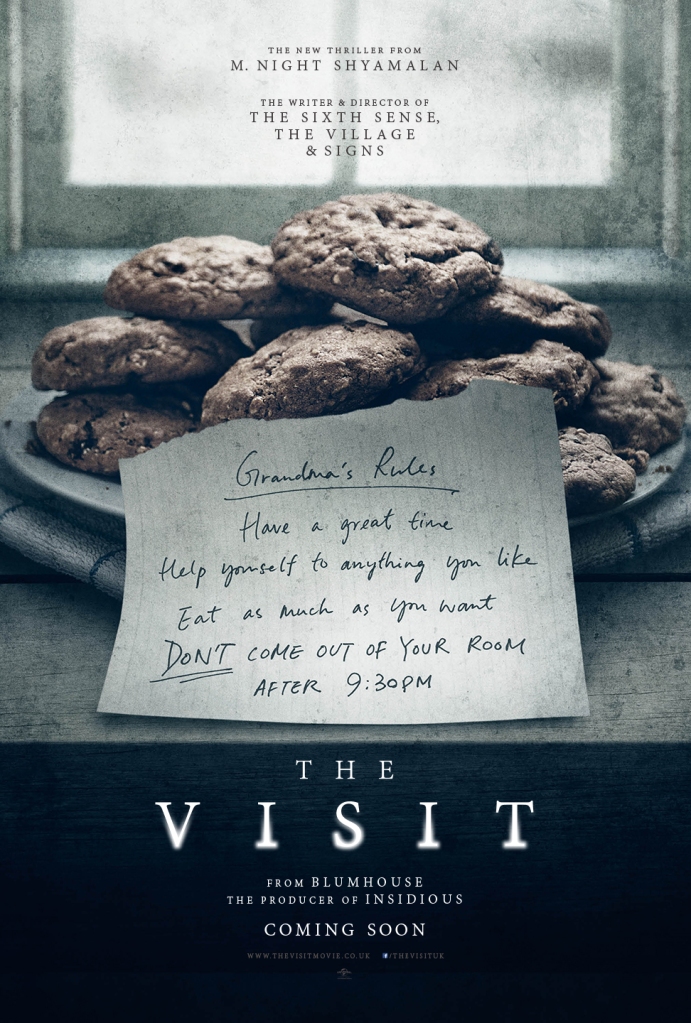 16 thoughts on “It’s Grandma’s rules in the trailer for M. Night Shyamalan’s The Visit”