Room 237 director Rodney Ascher’s new documentary, The Nightmare, is one of the more intriguing horror films releasing this year with its focus on the terrifying true stories of people who suffer from sleep paralysis. After a long and successful festival run, we finally have a trailer for the film and it’s one you won’t soon forget.

Ascher’s documentary isn’t what you’d expect; instead of digging deeper into what might cause sleep paralysis and telling us what we already know, The Nightmare instead focuses on the horrifying true stories of people who suffer from it. It’s a movie about nightmares told in a nightmarish way and it looks every bit as nerve shattering as you would think.

In The Nightmare, Ascher uses atmospheric, cinematic recreations to get the audience into the heads of everyday people suffering from “sleep paralysis”, a condition in which they regain consciousness but are unable to move or cry out for help.  Frequently they hear menacing noises and voices and even see intruders (human or otherwise) in the room with them.

Gravitas Ventures will be releasing The Nightmare on June 5th. 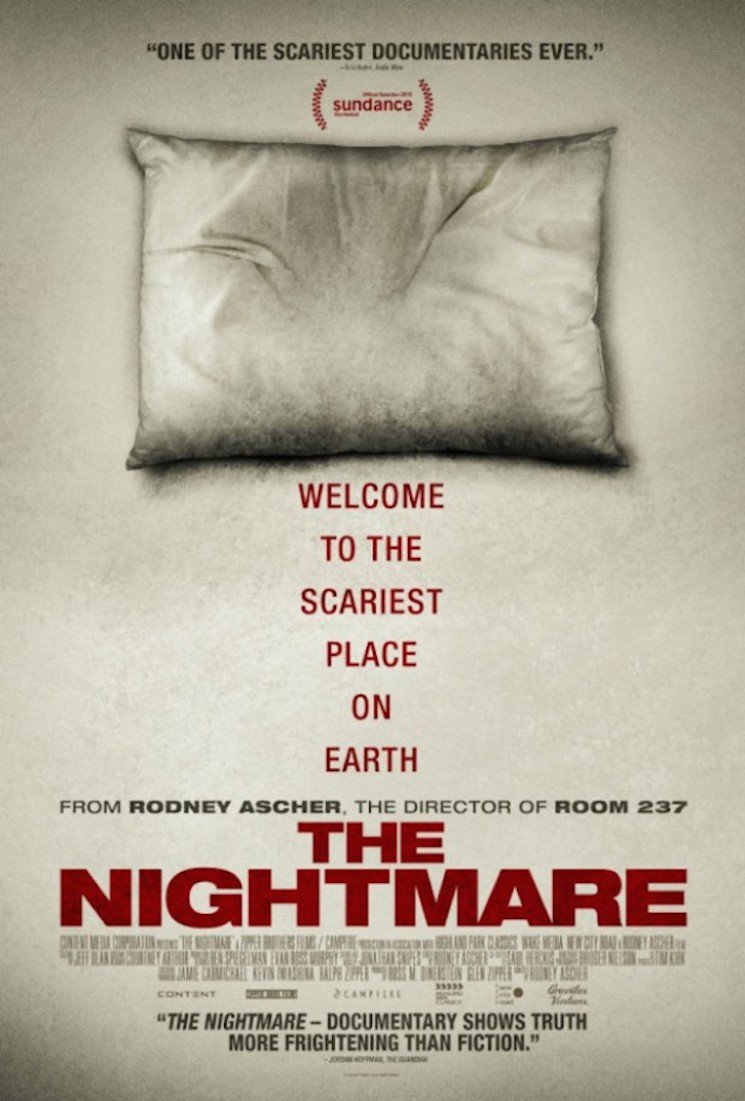