Ash vs. Evil Dead is revving up for its premiere in just a couple of months, and with an official trailer already released, it was only a matter of time before they unveil the poster for the trilogy-turned TV series. The poster is, of course, pretty groovy and features our deadly trio out to save the world!

The first season of the show will feature 10 half-hour episodes and will premiere on Starz this October 31st, on Halloween.

Campbell will be reprising his role as Ash, the stock boy, aging lothario and chainsaw-handed monster hunter who has spent the last 30 years avoiding responsibility, maturity and the terrors of the Evil Dead.  When a Deadite plague threatens to destroy all of mankind, Ash is finally forced to face his demons –personal and literal.  Destiny, it turns out, has no plans to release the unlikely hero from its “Evil” grip. 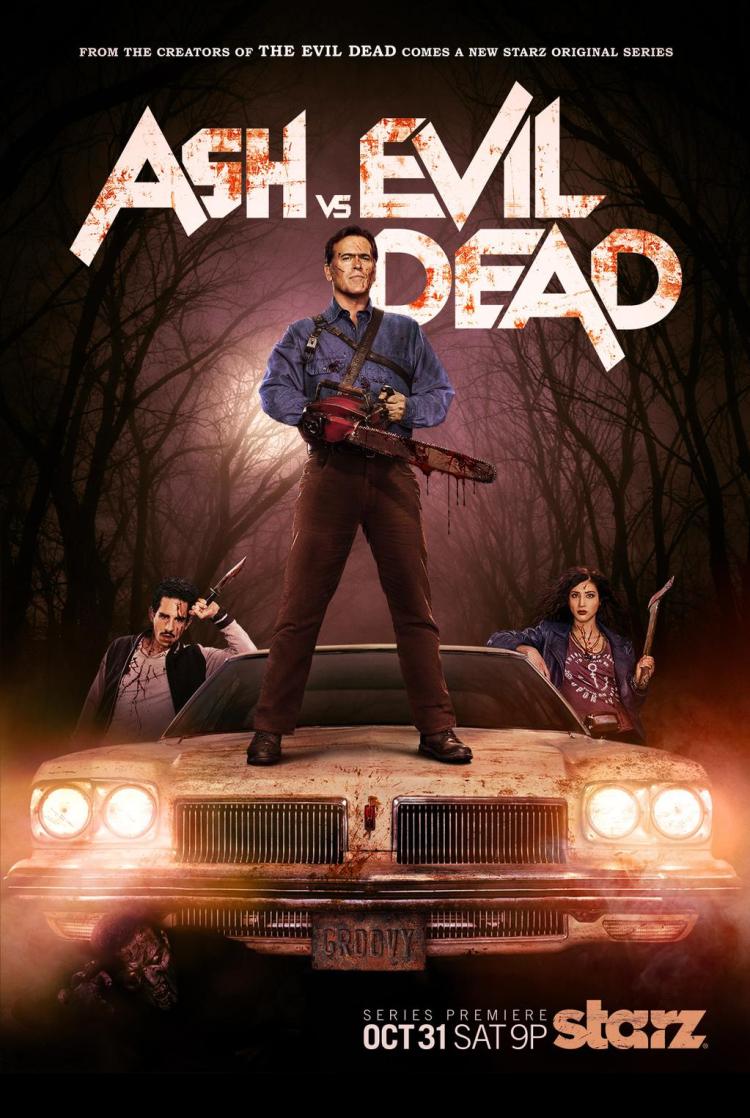