With October being as stacked as it is for horror movies, it’s no wonder that Bruce McDonald’s trick-or-treat chiller Hellions opted for a late September bow, officially kicking the Halloween season off early this year. While the film’s original trailer has been floating around the web for quite some time, I held off in sharing it because it featured a pretty massive spoiler that I’m thinking is best left to discover while watching the film for the first time. That said, this new (and improved) trailer is a much better, spoiler free look at McDonald’s return to horror (finally!).

Hellions was met with some positive buzz out of its screening at Sundance earlier this year and has since remained one of the more intriguing genre films on the horizon. If you didn’t know, McDonald hasn’t made a horror movie since 2008’s stellar psycho-virus thriller Pontypool, so this makes Hellions a very special occasion. The trailer is a hypnotic slice of horror that teases a very strange and creepy Halloween offering, so be sure to check it out below. Look for Hellions on September 18th.

Strange trick-or-treaters plague conflicted teenager Dora Vogel (Chloe Rose) at her isolated home on Halloween. Under siege by forces she can’t understand, Dora must defend both body and soul from relentless Hellions, dead-set on possessing something Dora will not give them. Set in a visually haunting landscape, Hellions redefines the boundaries of horror with its potent brew of Halloween iconography, teenage angst and desperate survival. 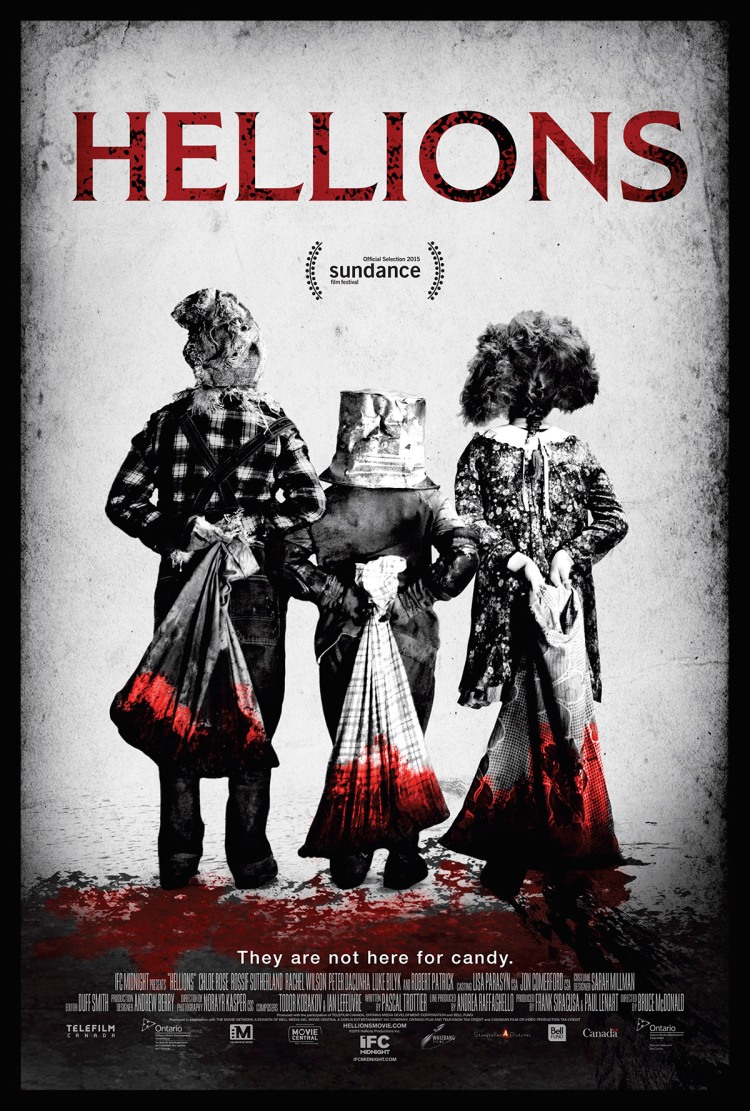 5 thoughts on “Hellions trailer is a Halloween-set nightmare”