I have a feeling we’re going to be hearing a lot about Can Evrenol’s Turkish horror film Baskin, which is due to  premiere at the Toronto International Film Festival in a couple of weeks. The reason? It looks utterly insane. While the trailer is cut down to a brisk minute and thirty seconds, there’s a whole lot going on. Baskin looks like a straight up nightmare, and one filled with horrifying images and bloody monsters. If the film is half as good as this trailer, we could be in for something truly terrifying. And to top it all off, the poster is just awesome!

There’s no telling when we’ll see a release date, but hopefully it’s sooner than later!

Five cops working the graveyard shift in the middle of nowhere are dispatched to investigate a disturbance. Isolated and without back-up, they find themselves confronting a labyrinthine ruin. Pushing ever further into the depths of the lair, it becomes clear they have stumbled into the darkest pits of a terrible evil… a squalid and blood-soaked den of ritual led by The Father – the master of all their nightmares – who will plunge them ever deeper down the rabbit hole and into the very mouth of madness. 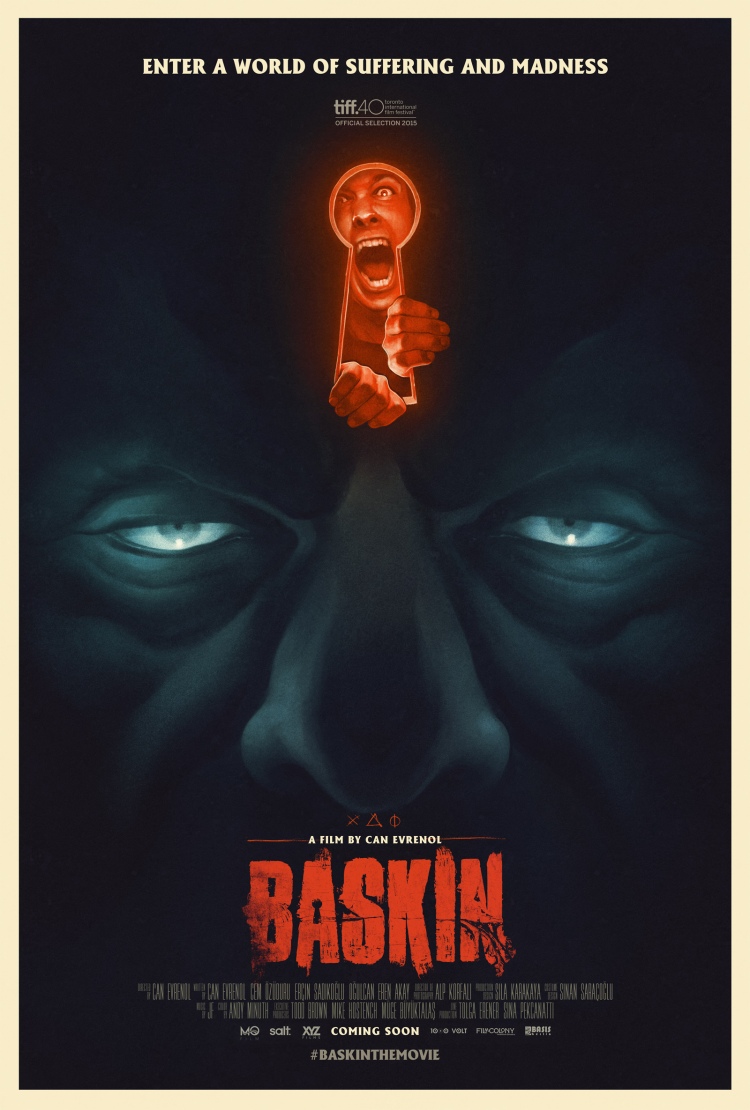 3 thoughts on “Insane Baskin trailer opens a world of madness”