There’s really nothing better than watching a Halloween-themed horror movie during the month of October, which is why the absolutely stacked anthology Tales of Halloween is a particularly exciting release. The film will be out next Friday, so there’s really no better time than now to release a new poster—it’s pretty similar to the original one that’s been floating around, only now it’s a lot more orange. But what really sells it is the simple, yet totally kick ass new tagline: Trick or Treat, Motherfuckers! Awesome! See it below and watch the trailer here if you missed it!

Ghosts, ghouls, monsters, and the devil delight in terrorizing unsuspecting residents of a suburban neighborhood on Halloween night. This creepy anthology combines classic Halloween tales with the stuff of nightmares. 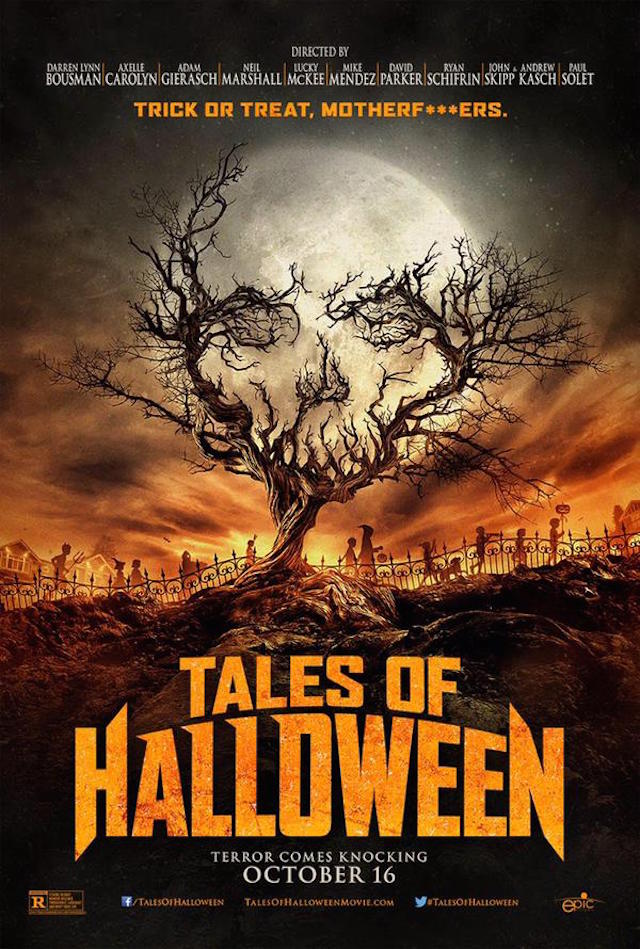 One thought on “Trick or Treat, it’s the new poster for Tales of Halloween!”