The fantastic indie chiller The House on Pine Street, a film I was lucky enough to review earlier this year (read it here), is gearing up for its LA Premiere on Thursday, November 19th at Laemmle’s Music Hall 3 9036 Wilshire Blvd, Beverly Hills, CA 90211. The screening will be followed by a special Q+A with cast and crew, including lead actress Emily Goss, writer/producer Natalie Jones, and writers/directors Aaron and Austin Keeling, amongst others. If you happen to be in the neighborhood this is a good opportunity to catch one hell of an indie gem, one that plays on psychological fears and the terrifying idea of the place you call home turning against you.

You can pick up your tickets for the LA Premiere right here!

Seven months pregnant, Jennifer Branagan reluctantly returns to her hometown in Kansas after an unexpected mental breakdown. Coping with her fears of motherhood, a strained relationship with her husband Luke, and the overbearing presence of her own mother, Meredith, Jennifer struggles to regain control of her life. But when strange things start happening in their new rental home, Jennifer begins to fear that it may be haunted. Alone in her convictions, Jennifer is forced to question her sanity as she attempts to find out what, if anything, is plaguing the house. 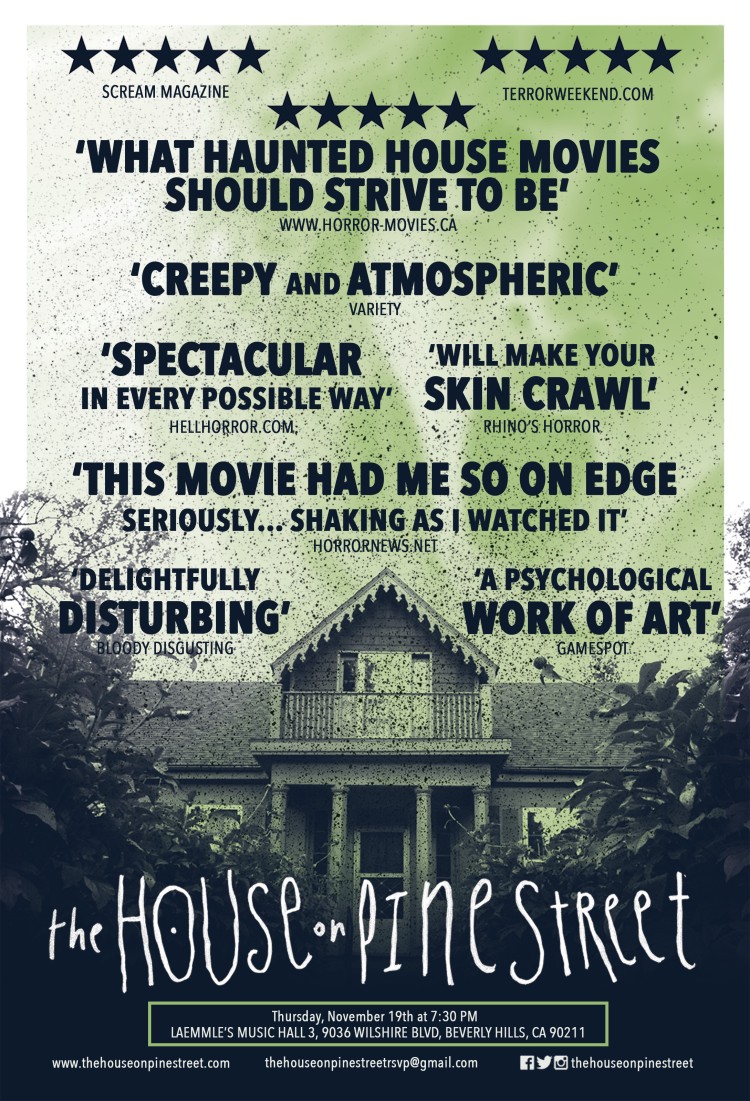