Karyn Kusama’s masterful thriller, The Invitation, is quickly approaching its release next month, so what better time to unveil some new art? The new poster comes on the heels of the fantastic first trailer (watch it here), promising that there’s nothing to be afraid of. This was without a doubt my favorite film out of last year’s Stanley Film Festival, and I can’t wait for you guys to see it—it’s absolutely insane! Kusama’s thriller hits theaters and VOD on April 8th. Don’t miss this one, folks.

Unfolding over one dark evening in the Hollywood Hills, The Invitation blurs layers of mounting paranoia, mystery, and horror until both Will—and the audience—are unsure what threats are real or imagined.

In this taut psychological thriller by Karyn Kusama, the tension is palpable when Will shows up to a dinner party hosted by his ex-wife Eden and new husband David. The estranged divorcees’ tragic past haunts an equally eerie present; amid Eden’s suspicious behavior and her mysterious house guests, Will becomes convinced that his invitation was extended with a hidden agenda. 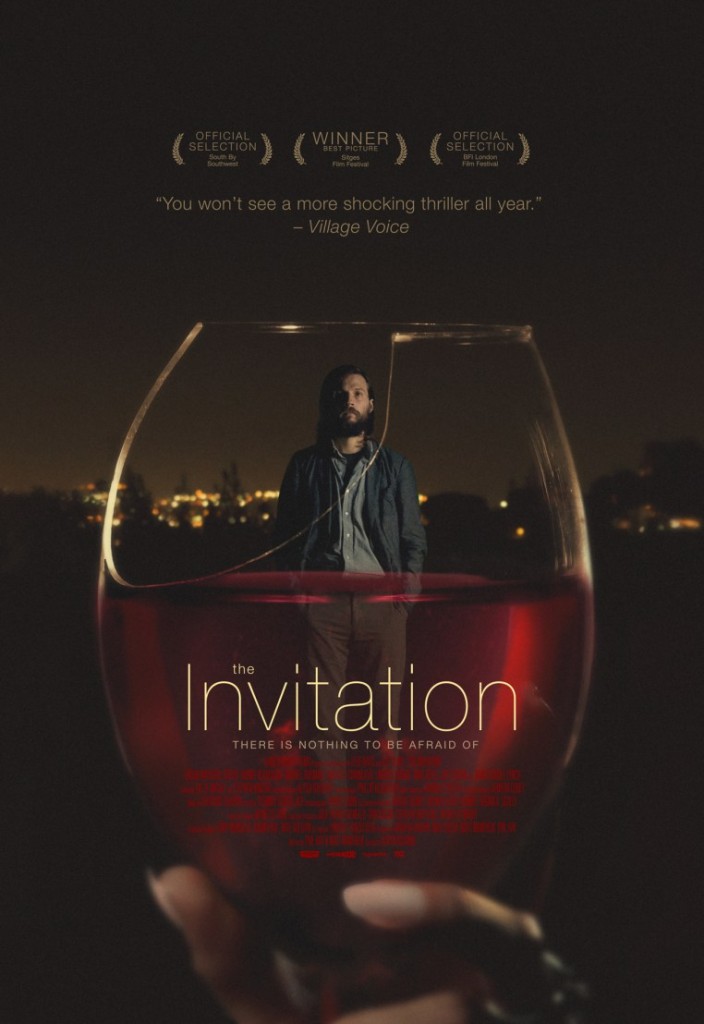