Just as I suspected earlier this month when the official poster dropped for Ava’s Possessions, we finally have a theatrical trailer just ahead of its release and it’s a total treat. Jordan Galland’s refreshing take on the possession genre is a welcome surprise and no doubt one of the most unique looking films of the year—what’s life like after being possessed by a demon? I love the concept and especially this trailer, which showcases its quirky style and fantastic soundtrack coupled with humor and horror in equal dosage. In other words, it looks like a blast. Check it out!

Momentum Pictures will release Ava’s Possessions in cinemas and on VOD March 4, 2016.

Ava Dobkins is recovering from demonic possession. With no memory of the past month, she is forced to attend a Spirit Possession Anonymous support group. As Ava struggles to reconnect with her friends, get her job back, and figure out where the huge bloodstain in her apartment came from, she’s plagued by nightmarish visions – the demon is trying to come back. 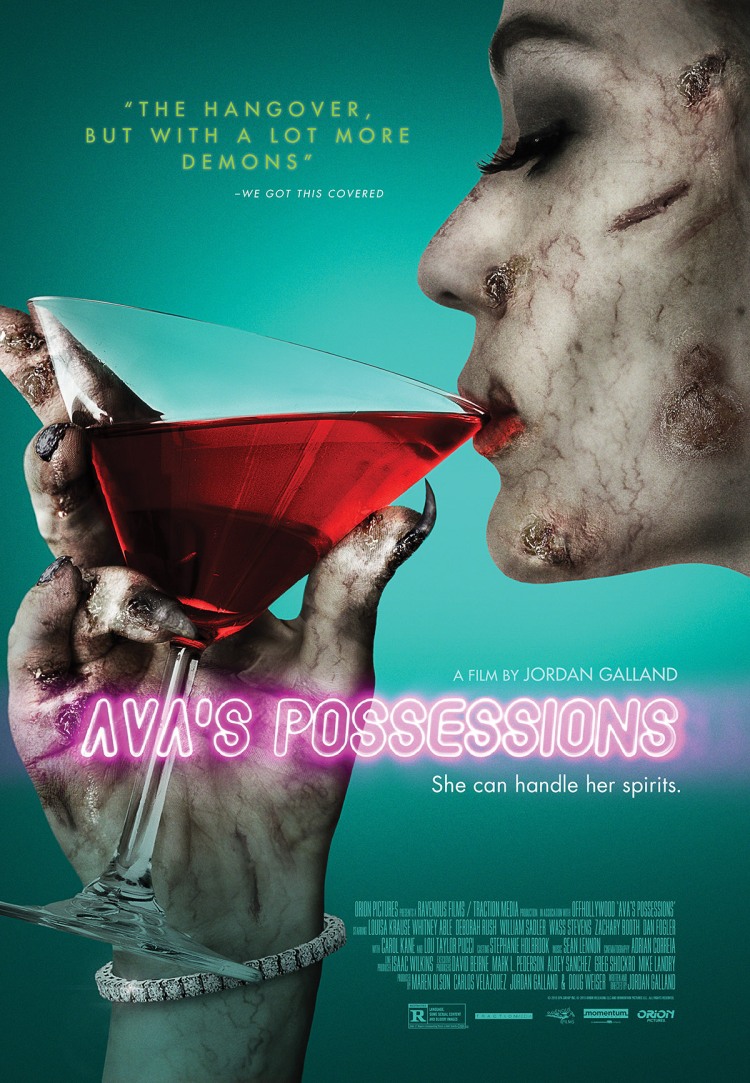