Directed by Stacy Title, The Bye Bye Man is STX Entertainment’s latest, a chilling horror-thriller that exposes the evil behind the most unspeakable acts committed by man. Adapted by Jonathan Penner, the film is based on Robert Damon Schneck’s short story The Bridge to Body Island and it has a very cool, almost old school Nightmare on Elm Street vibe to it. Somehow it’s based on true events—what the hell, how?!—but they’re obviously stretching that as far as possible, like most of these movies do. Don’t you hate it when supernatural entities materialize and wreak havoc on a bunch of people?

The Bye Bye Man is out in theaters on June 3rd.

Set in 1990s Wisconsin, when three college students move into an old house off campus, they unwittingly unleash a supernatural entity known as The Bye Bye Man, who comes to prey upon them once they discover his name. The friends must try to save each other, all the while keeping The Bye Bye Man’s existence a secret to save others from the same deadly fate. 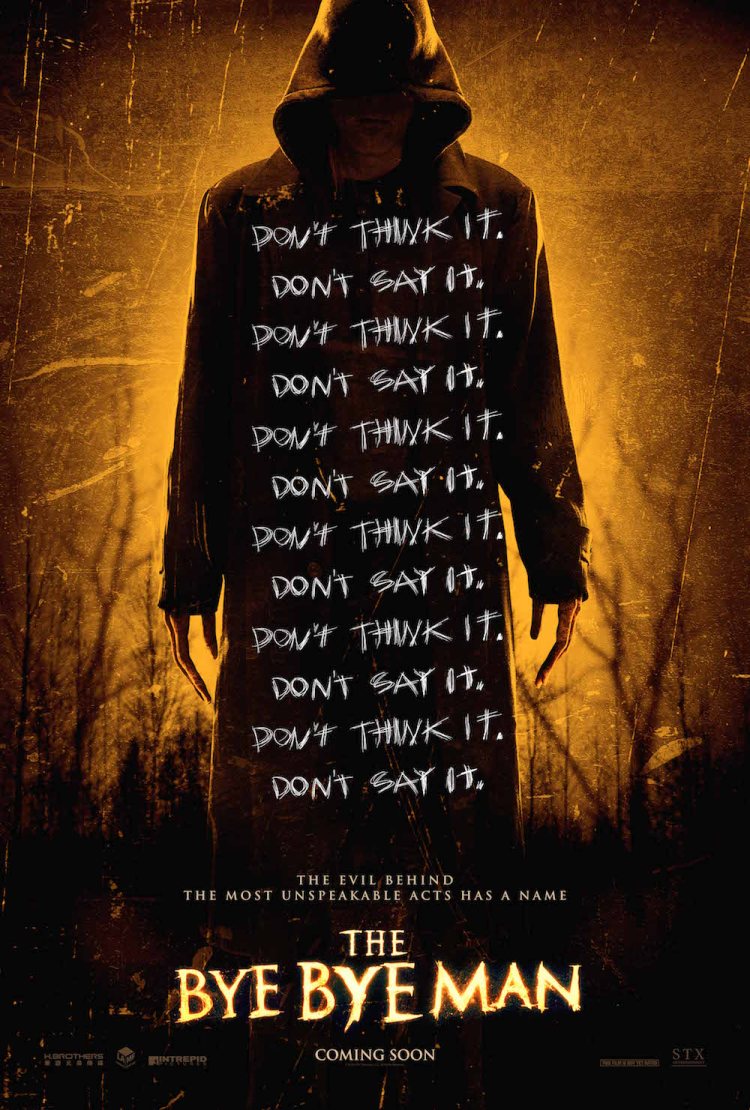 3 thoughts on “Say hello to The Bye Bye Man trailer”