Oh man, where to begin? Our first full look at Bill Skarsgard as Pennywise in IT is not at all what I was expecting—I knew they wanted to distance themselves from the original, which is great, but I draw the line at pantaloons; the dude legit looks like a colorblind porcelain doll dressed him, complete with pompoms and a skirt. It’s an interesting take on the iconic monster, I’ll give ’em that, and the fact that they made him almost childlike does add a creepy layer, especially when you think about him terrorizing little kids. But right now, in this very moment, I’m not in love with the new look—the total lack of color was a strange choice—but I still think Skarsgard is going to shine as Pennywise. And who knows, maybe those pantaloons will grow on me after a while. A long while.

IT is being shot in two parts, one that follows a group of teens called the Losers Club who defeat a creature called It. Years later, the creature returns, and the club, now adults, have to band together again even though they have no memory of the first battle. IT is out in theaters on September 8th, 2017. 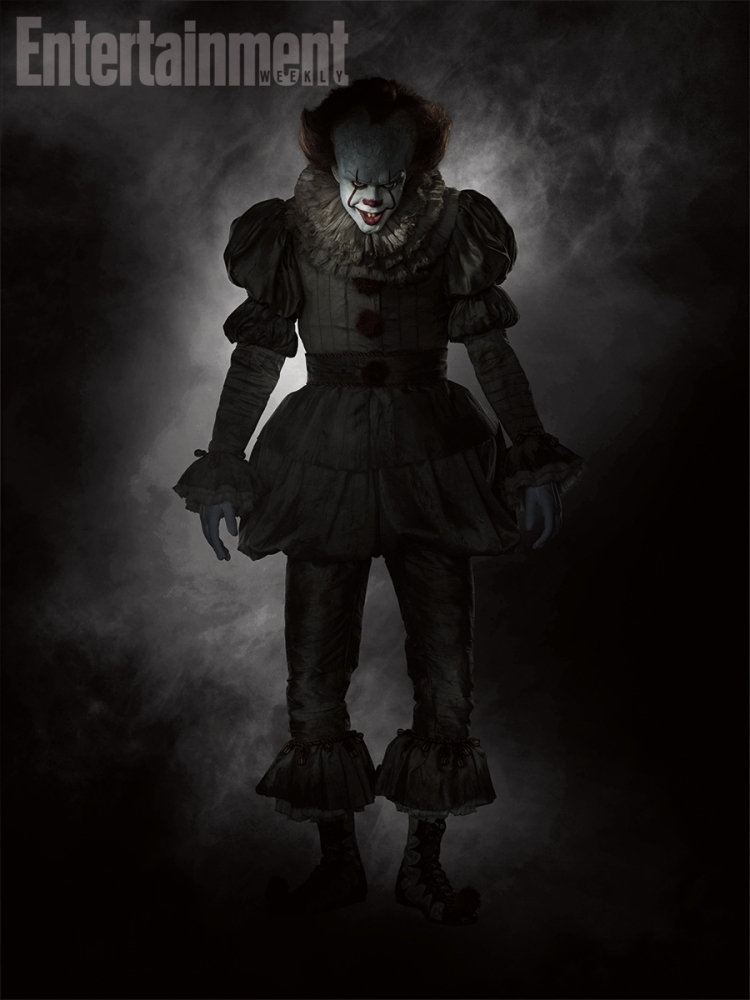