Lucile Hadzihalilovic’s new film Evolution looks absolutely stunning, there’s just no other way to describe it. The trailer unfolds like a dream, blending its eerie atmosphere with breathtaking visuals and an overwhelming sense of the unknown—in other words, it looks like another knockout from IFC Midnight. The trailer gives so little, yet it’s powerful nonetheless as it opens with a shot of a dead body coiled around a reef—the rest plays like a beautiful nightmare, shining a light on one of the must-see films of the year.

The long-awaited new film from the acclaimed director of Innocence hits theaters and VOD on November 25th.

This eerily seductive mind-bender is a dark, dreamlike descent into the depths of the unknown. Ten-year-old Nicolas lives in a remote seaside village populated only by boys his age and adult women. But when he makes a disturbing discovery beneath the ocean waves—a dead boy with a red starfish on his stomach—Nicolas begins to question everything about his existence. What are the half-remembered images he recalls, as if from another life? If the woman he lives with is not his mother, then who is she? And what awaits the boys when they are all suddenly confined to a hospital? 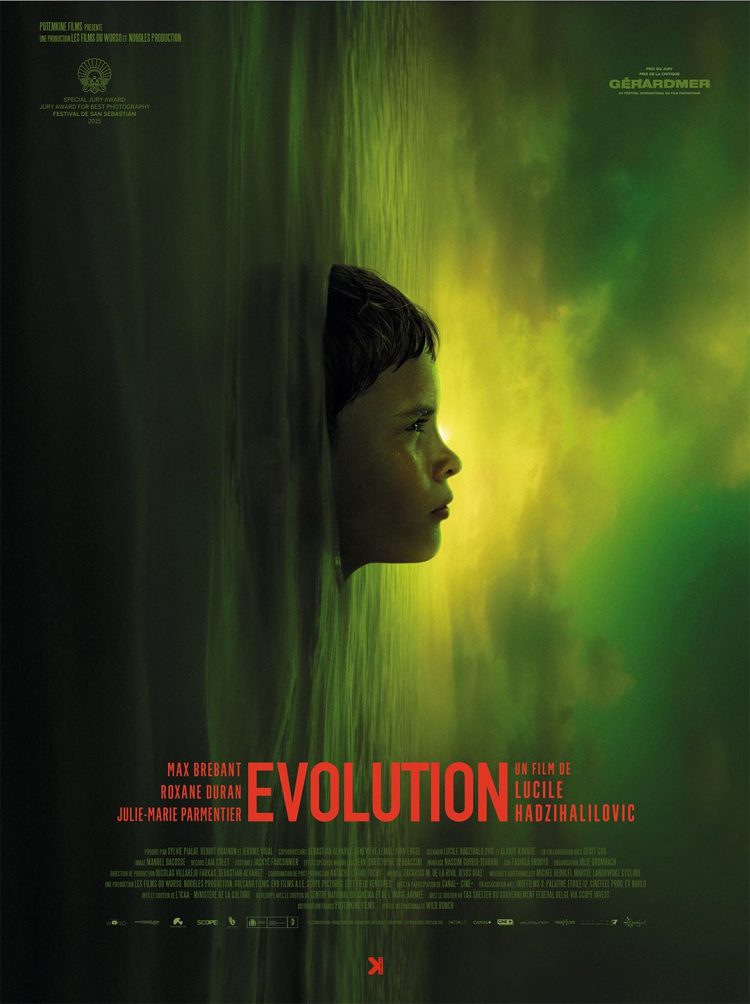 One thought on “Stunning Evolution trailer bends the mind”