There’s an amazing scene in The Final Girls where Angela Trimbur’s character dances half-naked to lure out a killer—it’s a play on a classic trope in which horror’s monsters prey on the scantily clad. Shant Hamassian’s award winning short takes that same cliche-fueled narrative one step further in Night of the Slasher, a viciously entertaining thriller about a girl who commits horror movie sins in order to get revenge on a masked mad man.

There’s so much to love about Hamassian’s short and it’s easy to see why it dominated the festival circuit—it’s stylized like a classic slasher, complete with some of horror’s biggest cliches, yet it feels unlike anything we’ve ever seen.

Night of the Slasher is a ‘shot-in-one-take’ film about a teenage girl who must commit horror movie sins by drinking alcohol, doing drugs, and having sex in order to lure a masked killer and exact revenge.

It stars Lily Berlina (the Slasher girl), Scott Javore (the Bait), and Adam Lesar (the Killer). Check it out below and find more short films like Night of the Slasher by visiting the Short Round! 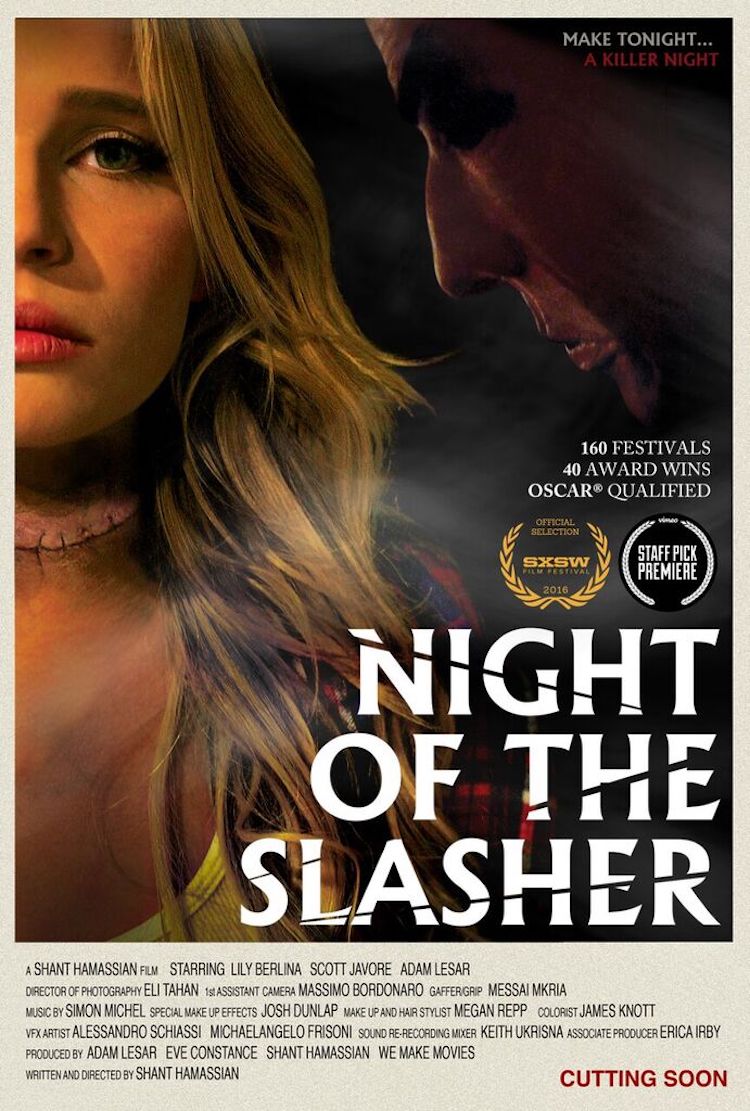