H.R. Giger’s Xenomorph might be one of horror’s most terrifying creations—a perfect design that came to life in 1979 with Ridley Scott’s Alien. This piece by N.C. Winters is a killer, displaying the nightmarish anatomy of the Xeno in excellent detail. There’s so much inspiration to draw from when looking at the film—the iconic chest-bursting scene, Ash turning out to be an android (one of my favorite moments of any film ever), or Ripley blasting the alien into space through an open airlock—but as brilliant as all of that is, it’s entirely fueled by Giger’s Xenomorph. So it’s more than fitting that Winters chose to pay tribute to it here.

The poster will be on sale as an extended timed edition release, available now at Mondo and running through May 19th when Alien: Covenant is released in theaters. 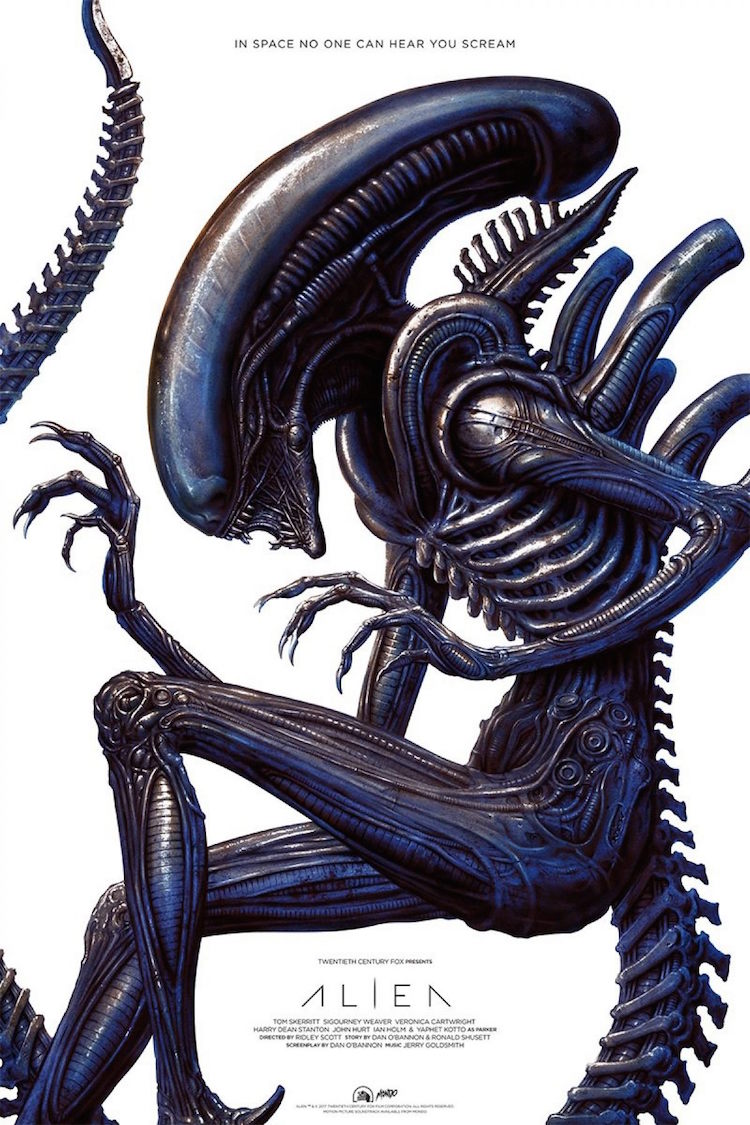