One of my favorite movies that I caught out of Fantasia this year was Tyler MacIntyre’s social slasher Tragedy Girls (read my review here), and it now finally has a trailer just ahead of its release next month. While it doesn’t exactly reinvent the wheel, it brings a fresh (and hilarious) twist on the slasher genre; it’s just a solid-as-hell film that I think horror fans are really going to get a kick out of. Below is the first trailer for Gunpowder & Sky’s Tragedy Girls, a biting satire about social media stardom—think of it as a modern-day Clueless, only these girls murder people… and tweet about it.

Look for Tragedy Girls in theaters on October 20th.

Best friends Sadie and McKayla are on a mission to boost their social media fandom as amateur crime reporters hot on the trail of a deranged local serial killer. After they manage to capture the killer and secretly hold him hostage, they realize the best way to up get scoops on future victims would be to, you know, murder people themselves. As the @TragedyGirls become an overnight sensation and panic grips their small town, can their friendship survive the strain of national stardom? Will they get caught? Will their accounts get verified?

It stars Brianna Hildebrand and Alexandra Shipp as the titular social psychopaths, with Josh Hutcherson and Craig Robinson. 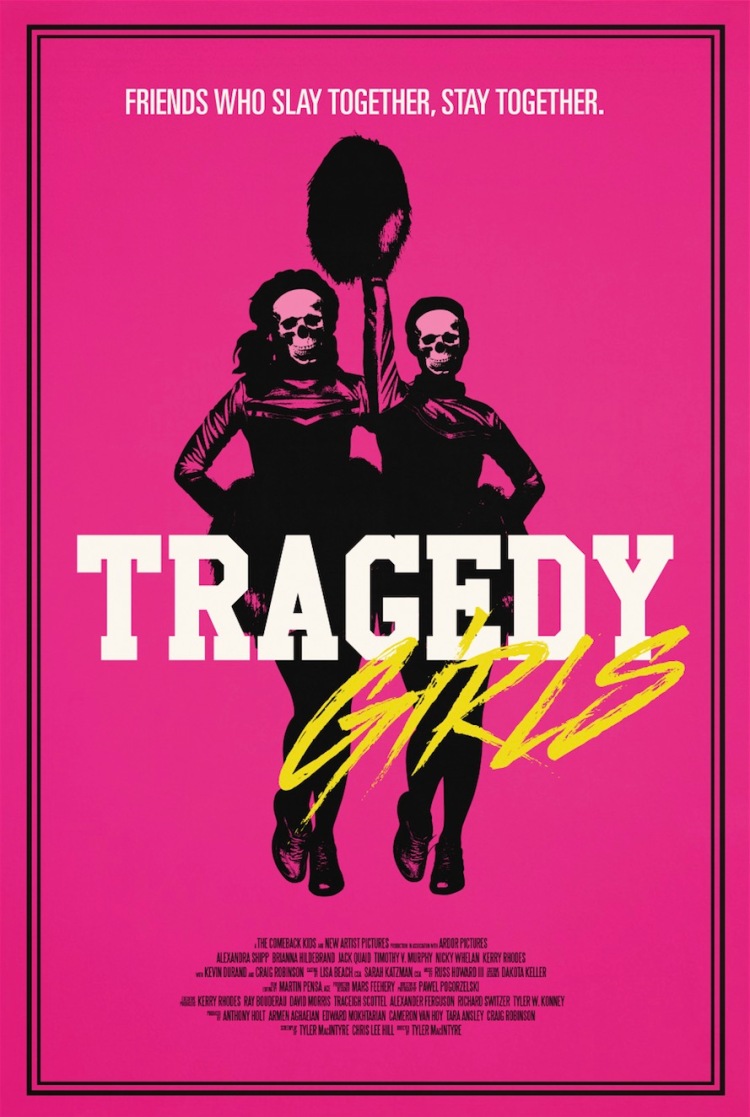 One thought on “Trailer for social slasher Tragedy Girls”